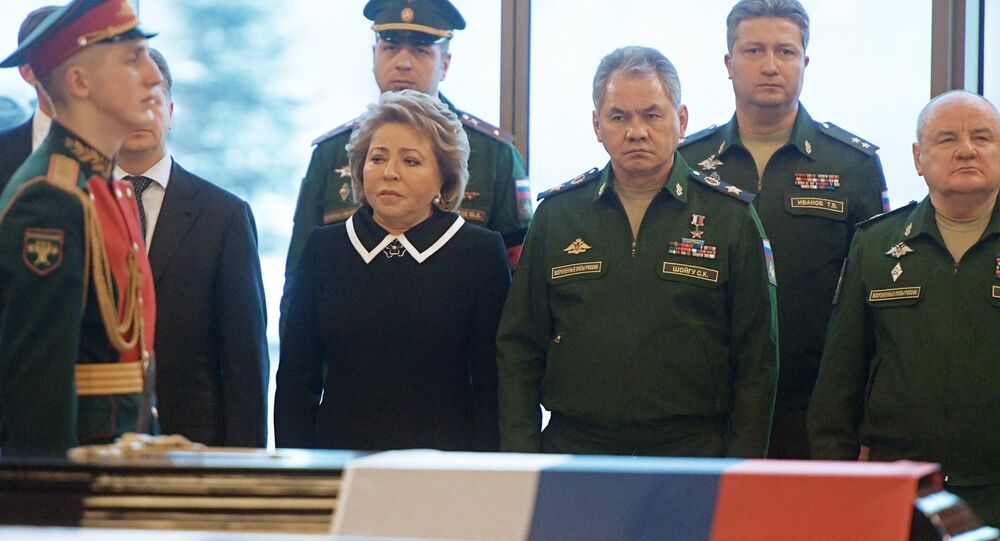 Russian senior officials, including government members, Federation Council and State Duma lawmakers, paid their last respects on Monday to the victims of the deadly Tu-154 military plane crash in the Black Sea.