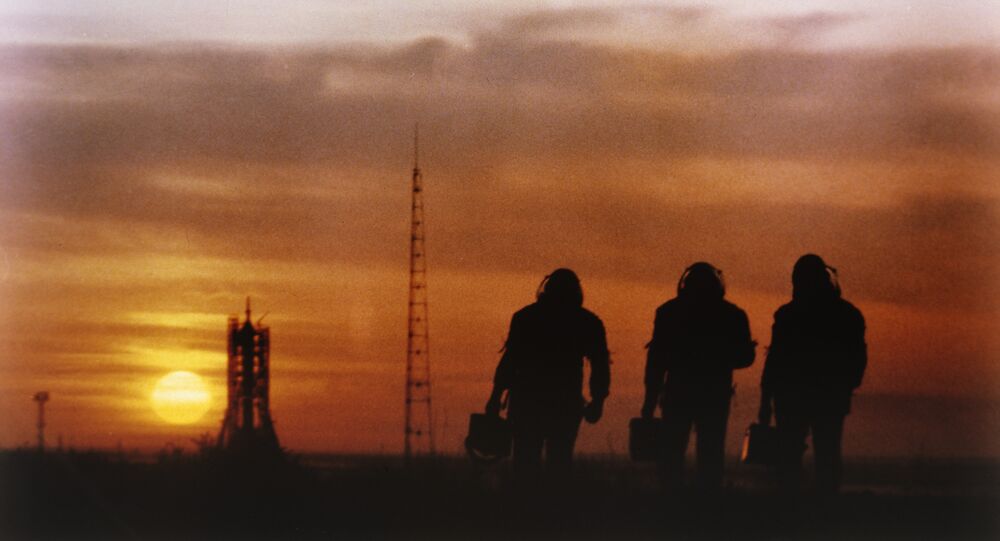 A joint-working space center of Russian and Chinese specialists could be built in Russia's southeastern Zabaikalsky Territory, the press service of the region's head said Monday in a statement.

© Sputnik / Alexander Astafyev
China, Russia to Develop Cooperation in Technology, Space Sector – Joint Communique
KRASNOYARSK (Sputnik) — A center for joint work of Russian and Chinese specialists in the sphere of space studies could be built in Russia's southeastern Zabaikalsky Territory as a part of the comprehensive plan of the region's social and economic development, the press service of the region's head said Monday in a statement.

"An idea, mentioned in the region's development plan, on the establishment of the regional aerospace industry center to provide support to the Vostochny cosmodrome was supported. Moreover, the idea to create a center of Russian-Chinese cooperation in the field of space research was raised," the press service said.

The plan envisaging the region's development until 2030 is set to be approved by the Russian government by May.

According to the press service, the region's Deputy Prime Minister Sergey Novichenko, who is also the regional economic development minister, has already discussed the draft plan with representatives of the expert community.

The plan envisages two phases of development: already existing projects are expected to be implemented in 2017-2021, laying the base for further development, then the new economy of the Zabaikalsky Territory will be formed by 2030.

The local authorities said that the experts discussed the possibility of aerospace industry development in the region, as well as development of small and medium-size businesses, increasing the capacities of the Zabaikalsky railway.

China Hopes for Cooperation With Russia on Construction of Space Station