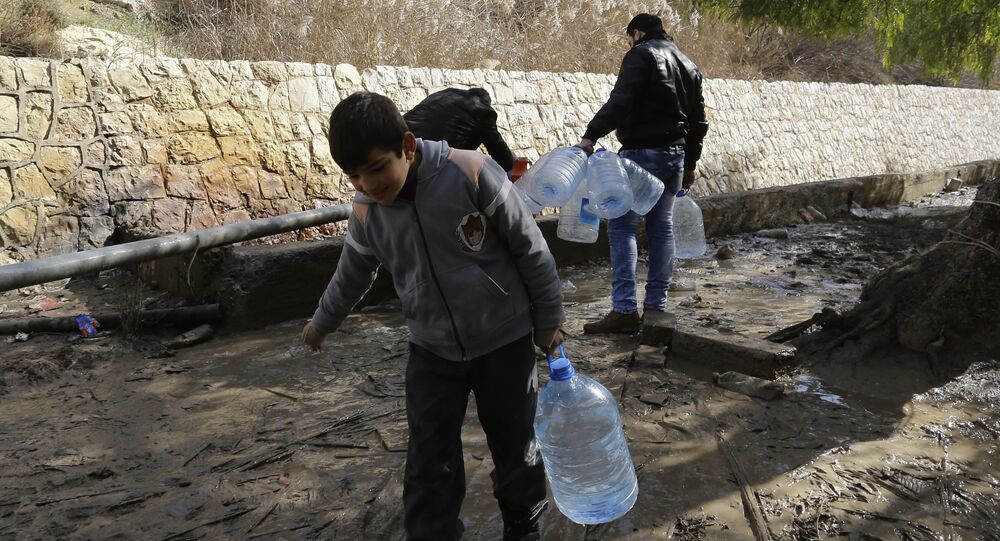 Russian diplomatic source said that Russia is working closely with Iran, Turkey and the United Nations to urgently restore the vital water supply to Damascus after it was cut off last month.

"Russian diplomats raised the issue with the UN on Thursday, saying some 5.5 million of people in Damascus were on the verge of humanitarian crisis due to what radicals did in the Damascus suburb of Wadi Barada," the source in the know said.

The Syrian capital gets most of the water from springs in the Wadi Barada valley. Water supplies were drastically reduced in late December. The UN fears the water network could have been damaged by fighting or sabotage by armed opposition groups.

"This problem needs to be urgently resolved to restore water supply to Damascus. Russia is closely working with Turkey, Iran and the UN," the Russian source said.

UN's humanitarian coordinator Jan Egeland said last week they did not know who caused the disruption. UN’s Special Envoy for Syria Staffan de Mistura warned the issue could be crucial for the upcoming intra-Syrian peace talks in Astana, Kazakhstan.