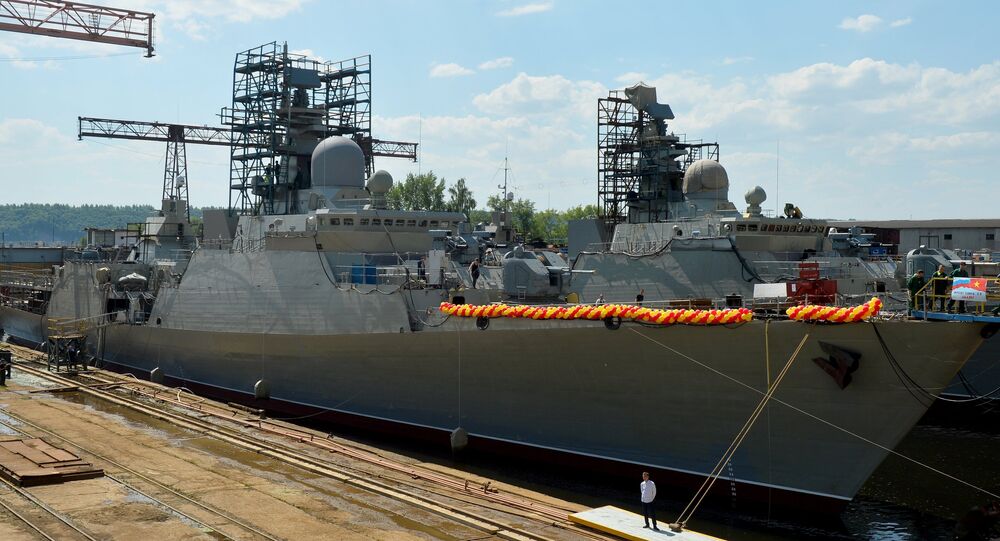 Brothers-in-Arms: Vietnam Ramps Up Its Defense Potential With Russian Help

Vietnam now ranks seventeenth in the complete Global Firepower (GFP) list and second in Southeast Asia after Indonesia, thanks much to modern arms supplies from Russia.

© Sputnik / Ramil Sitdikov
Russia's T-90 Battle Tank Interests Vietnam Because It's 'More Modern' Than Rivals
The Global Firepower (GFP) list puts the military powers of the world into full perspective depending on their defense outlays, air and naval might, number and quality of Air Force bases and seaports, etc.

Commenting on the information contained in the Global Firepower 2016 report, AEC News Today wrote that with its history of victorious wars fought against France, the US and China, Vietnam possesses a military force to reckon with.

In an interview with Sputnik Vietnam, former Deputy Defense Minister, Col. Gen. Nguyen Van Duoc said that his country owned much of its military potential to the assistance it once received from the Soviet Union and the weapons now being supplied it by the Russian Federation.

“We have the very same feelings of love and respect for Russia that we once had for the Soviet Union. Our military-technical cooperation is expanding all the time with Russia providing us with everything we need: tanks, warplanes, naval ships, submarines and air-defense systems. Much of what they have in the Russian Army we now also have here in Vietnam,” he said.

Meanwhile, a Kilo-class Russian diesel-electric submarine, armed with Kalibr missiles, the last of the six such vessels ordered by Hanoi, is on the way to Vietnam.

These submarines are extremely silent and are very aptly called “black holes” by Western military specialists.

A second pair of Gepard-class frigates is now in the final stages of their trials in the Black Sea and will soon be handed over to the Vietnamese Navy, in addition to as many supplied earlier.

The Soviet Union started supplying North Vietnam with firearms and anti-aircraft systems back in the early 1950s. In 1954 Soviet Katyusha multiple rocket launchers helped the North Vietnamese forces win the Battle of Dien Bien Phu — the final battle of the First Indochina War.

During the 1960s and 1970s, Soviet missiles and warplanes shot down an estimated 1,700 US military aircraft and it was Soviet tanks that rammed the gates of the Doc Lap presidential palace in Saigon on April 1975, the day when the North Vietnamese Army took the capital of South Vietnam.

In recent years Russia and Vietnam have signed a raft of arms-delivery contracts worth over 4.5 billion dollars.

The list of Russian military supplies to Vietnam include Tor, Buk and S-300 air defense systems and the sides are currently negotiating the supply of the state-of-the-art S-400 missile systems.

Apart from the already mentioned Gepard-class frigates, Russia has also provided the Vietnamese Navy with high-speed Svetlyak-class frigates and a number of Tarantul-class missile corvettes.

After watching the performance of Molniya-class guided missile boats, the Vietnamese military started building them under license in Vietnam.

Russia has supplied Vietnam with the Bastion mobile coastal missile complex that can effectively protect a 600-kilometer stretch of the coastline and keep an eye on up to 200,000 square kilometers of open water area.

When a group of US naval ships sailing close to the Crimean coast caught sight of Bastion batteries deployed on the peninsula, they quickly turned back and steamed away.

According to military experts, Russian-made arms account for a hefty 90 percent of Vietnam’s arsenal.