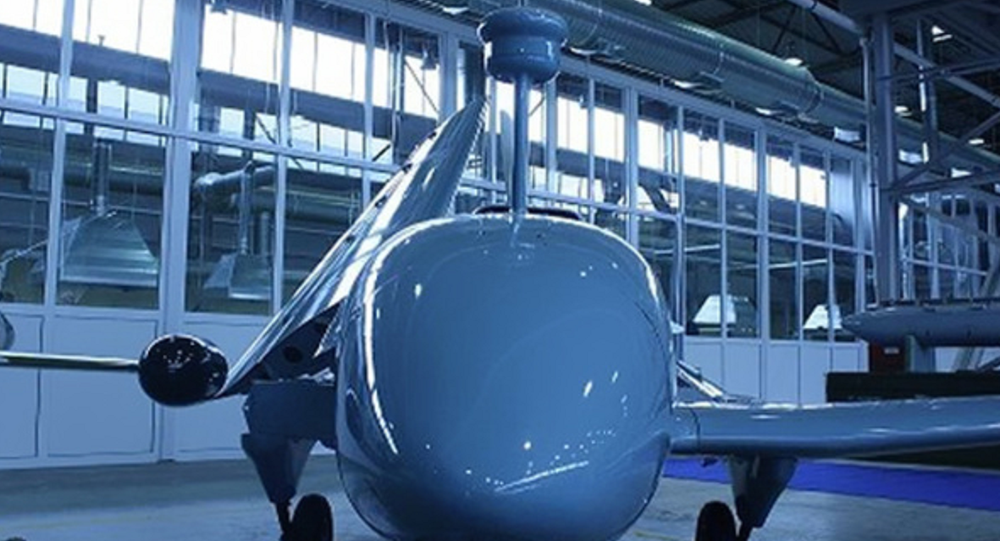 The test flight of a Chinese plane powered by a hydrogen fuel cell was nothing more than a scientific and technological experiment with hydrogen fuel unlikely to find military use any time soon, Russian experts told RIA Novosti.

China became the third country in the world, after the United States and Germany, to successfully test an aircraft powered by a hydrogen fuel cell, local media reported on Monday.

© Sputnik / Ministry of defence of the Russian Federation
Hydrogen Fuel Cells Being Developed to Power Underwater US Navy Drones
The aircraft was developed by scientists from the northeast Liaoning province on the basis of RX1E two-seat electric aircraft. The test flight was held in Shenyang, with the plane reaching an altitude of 320 meters (some 1,050 feet) above the ground.

The aircraft is equipped with a hydrogen fuel cell capable of producing 20 kilowatt of energy, necessary for the operation of the on-board systems, electric motor and battery charging.

“A hydrogen fuel cell is the keyword here. This plane is just an electrically-powered means of transportation, which means that it really makes no difference  whether it is a plane, car, train or something else,” Viktor Murakhovsky, Editor-in-Chief of Arsenal of the Fatherland journal, told RIA.

He added that Russia is still to develop powerful hydrogen fuel cells of its own.

“Our scientists normally use foreign-made fuel elements, including hydrogen, when experimenting with new types of transport vehicles. These elements are usually used to power up drones. They have greater capacity than the traditional lithium-ion batteries and are considered as ideal for future types of aircraft and overland vehicles.”

Murakhovsky emphasized that hydrogen fuel elements still fail to ensure any dramatic jump in capacity enough to replace conventional aviation fuel and gasoline. Neither can they find any use in military drones.

“Military drones fly far and need lots of power. They are big, fly hundreds of kilometers away with a payload weighing about as much as the plane they tested in China,” Viktor Murakhovsky observed.

He said that because the Chinese test was just “a scientific and technological experiment,” he didn’t expect any mass production of [hydrogen powered] planes any time soon.

Eco-friendly? Yes, but we need more

Konstantin Sivkov, President of the Academy of Geopolitical Problems in Moscow, said that despite being environmentally-friendly, hydrogen-powered aircraft were hardly suited for combat use.

“Besides, 320 meters is not high enough, which means that what the Chinese did is still an experiment. I think it will hardly find any military application any time soon,” Sivkov said.

The push towards hydrogen fueled planes is largely aimed at cutting carbon emissions produced by aircraft. Airplanes dumped 700 million metric tons of carbon dioxide into the air in 2013, according to a 2015 report from National Geographic. That number is set to triple by 2050.

While the idea of hydrogen-fueled aircraft is not new, the notion has been shelved in the past due to its extremely high cost compared to traditional fuel, as well as the fact that hydrogen requires substantial amounts of energy to make.