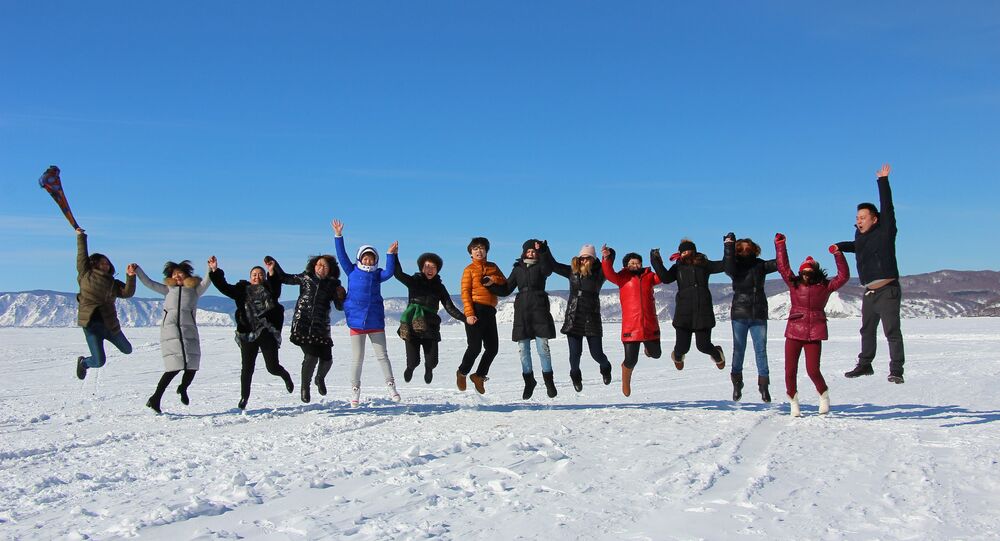 Russia is a huge country which stretches so far from west to east that, perhaps, the only way to get a full idea of the diversity of its landscapes and lifestyles of its peoples is to cross the country by train. Such railway tours which also include stops in major cities on the long way are growing in popularity among tourists.

The major operator, Russian Railway Tours, has various offers for tourists both from inside the country and abroad. No wonder that the Chinese who set off for Moscow by train directly from Beijing are the largest group of foreign clients. To draw even more of them, the company is working now to develop the new “Tea Road” Tour departing from Manchuria, Russian Railway Tours Deputy Director General Alexander Lvov told Sputnik China.

The first tourist train from Manchuria to Russian Irkutsk was launched in August 2015 and carried 272 Chinese passengers. Within 8 days of their journey along the Trans-Siberian Railway they visited three Eastern Siberian cities: Chita, Ulan-Ude and Irkutsk, as well as Lake Baikal, before they returned back to the point of their departure.

“All of them enjoyed the trip, according to their comments. We did not get any complaints,” Lvov said.

Support from Russian President Vladimir Putin became the impetus for the promotion of this new tourist product. In March 2016 the company organized a tour for Chinese journalists and representatives of travel agencies. In summer, tourist trains started to run the route on a regular schedule.

“Lake Baikal is one of the major highlights of the trip and never fails to fascinate the guests,” he said.

Tourists spend at least one day on the shores of Baikal, which is the deepest lake on the planet and the largest natural reservoir of fresh water. The program includes an excursion to the picturesque Circum-Baikal Railway, visiting local villages with their unique fish markets, traditional Russian wooden architecture, and even boating on the lake.

“In winter the tourists can see even more Siberian exotics,” Lvov said. “They are offered to take part in ice fishing and take a ride in a dog sled on the frozen lake.”

Speaking about the plans of the company for 2017, Lvov noted that they plan to extend the “Tea Road” route to Krasnoyarsk which is 1,000 kilometers west of Irkutsk where the trip ends now.  He explained that it will allow the tourists to go back home by plane, while another group arriving to Krasnoyarsk by air will make their way back by train enjoying the excursion.

“It will also make the trip longer, up to 10 days, instead of the eight days we have now. It corresponds to the wishes of Chinese tourists many of whom said they wanted to stay in Russia a bit longer,” Lvov explained.

He added that the company also has discussed the plan to expand the route to Moscow and Saint Petersburg. Currently, they already operate a route called “Imperial Russia,” but it runs between Moscow and Beijing, not Moscow and Manchuria.

According to Lvov, the company calculates that the number of Chinese tourists will grow by half in 2017.

While according to the Russian Railway Tours’ official web site, prices are not cheap, but the tours are still growing in demand.