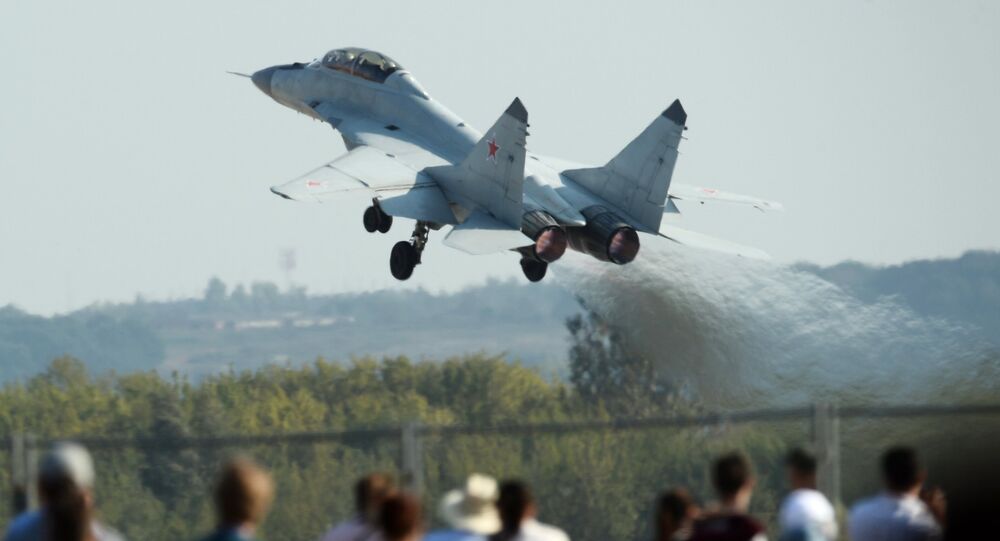 January 2017 will see test flights of the MiG-35, a fourth-generation fighter jet which is already touted as Russia's lightest state-of-the-art strike fighter, according to the Russian news website Gazeta.ru

A deep development of the MiG-29 family, the advanced MiG-35 jet can simultaneously capture 10 targets and can strike four to six targets at the same time, according to Sergey Korotkov, MiG's General Director.

Rogozin, for his part, expressed hope that Russia will benefit from the MiG-35's much-anticipated foray into the international market.

"This is a very profitable business, even from an economic point of view, not to mention the country's security, because it is Russia's segment of light fighters which boasts the most extensive export potential. So we don't conceal the fact that we are going to compete with our rivals in this segment of the market," Rogozin said.

The MiG-35 has a set of avionics which enables the use of every available type of weapon against aerial, ground and surface targets.

The jet is armed with a 30-mm gun, air-to-air, air-to-surface, anti-ship, and anti-radar missiles, rockets, bombs and aerial mines.

It can be equipped with either one or two seats; previously only specialized training and combat aircraft had a second seat.

In contrast with its predecessors,  the MiG-35 carries more fuel and can participate in air refueling as both "recipient" and "donor".

Additionally, the MiG-35 is equipped with a very sophisticated electronic warfare system and an anti-missile system.

Gazeta.ru quoted a source in Russia's aircraft industry as saying that the MiG-35 is 'an interesting aircraft.'

"For example, the jet's sighting system designed for ground targets looks is made in the form of a swing container; it was developed with the help of advanced space technologies," the source said.