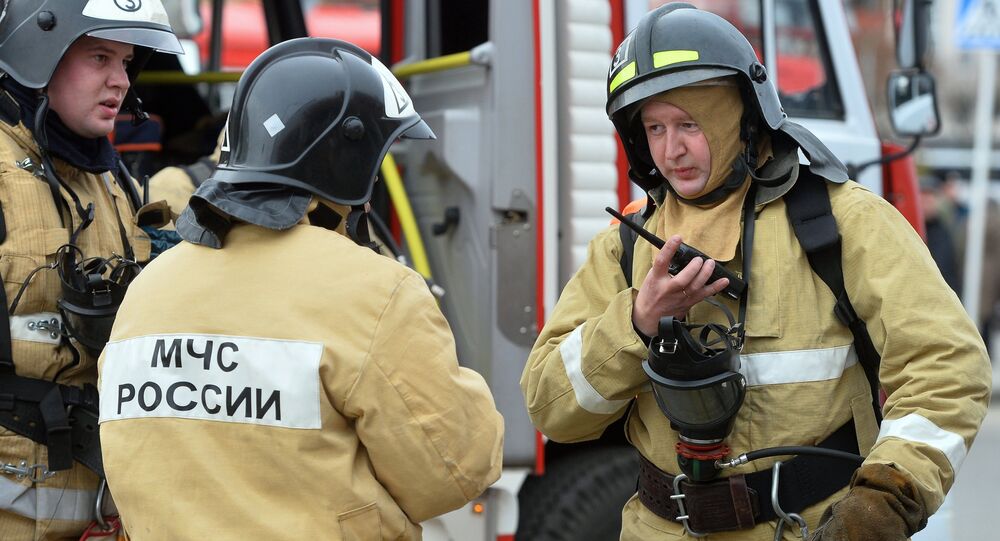 The number of natural and man-made disasters was lower in 2016 than in the nine previous years, and there were fewer casualties in both cases.

SOCHI (Sputnik) — The Russian Emergencies Ministry moved into the new year with the lowest numbers of incidents addressed and lives lost in a decade, the minister said Thursday.

"We finished the last year with the best results in the past 10 years. There were fewer fires and people who died in them," Emergencies Minister Vladimir Puchkov said.

© Sputnik / Vitaliy Belousov
Miracles Do Happen: All 39 People on Board Survive as Russian Il-18 Plane Crash-Lands in Siberia
The number of natural and man-made disasters was lower in 2016 than in the nine previous years, and there were fewer casualties in both cases, the minister added.

The Emergencies Ministry will see more structural changes this year, Puchkov said. Reaction to emergency situations will be sped up, while better monitoring and prevention measures will be in place to get one step ahead in emergency preparedness.

© Sputnik / Iliya Pitalev
Cooks by a rolling kitchen on Poklonnaya Gora. The Emergencies Ministry's Main Moscow Directorate has deployed rolling kitchens in sites of public festivities in Moscow due to an abrupt temperature drop

Moscow Airports Cancel Over 100 Flights Due to Blizzard