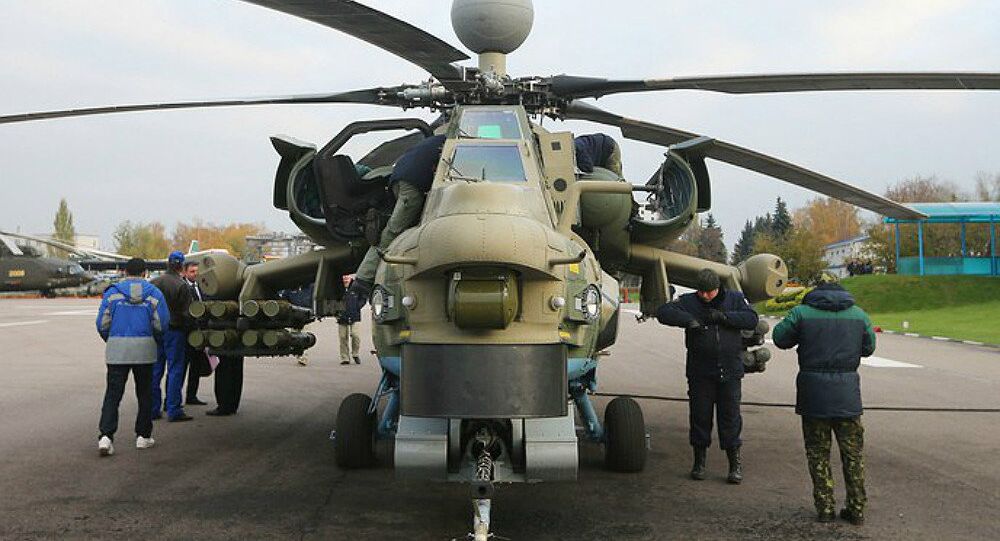 Russia's upgraded Mi-28NM Night Hunter attack helicopter has become "an almost perfect combat vehicle" thanks to a number of innovations, according to Alexander Mikheev, chief executive of the helicopter design and manufacturing company Russian Helicopters.

In an end of the year address to the readers of Russian Helicopters' online magazine, Mikheyev, in particular, recalled that "the outgoing year has been significant for a large number of our helicopter programs."

"The upgraded Mi-28NM made its maiden flight. Innovative technology and solutions implemented in the design of that helicopter not only improved its characteristics, but also made the Mi-28NM an almost perfect combat vehicle," Mikheyev said.

The Mi-28NM is a modernized version of the Mi-28N Night Hunter attack helicopter; it is being upgraded to become a fifth-generation gunship. The project, which has been in the works since 2008, is expected to be complete in 2017.

The helicopter features a 360-degree radar and advanced weapons guidance system that ensure faster target acquisition through an upgrade to the Mi-26NM's fire control system.

Unlike its predecessor, the Mi-28NM can be piloted by the gunner and is better suited for the use of high-precision ordnance.

It was upgraded "so that the commander and the operating pilot can receive more information about the environment  and  all  helicopter  systems  in  a  more accessible format, which will increase the crew's situational  awareness,  facilitate  interaction and increase the speed of decision-making in complex combat situations."

"The cockpit is reliably armored and protects the crew against armor-piercing bullets and projectiles with a caliber up to 20 mm," according to the magazine.