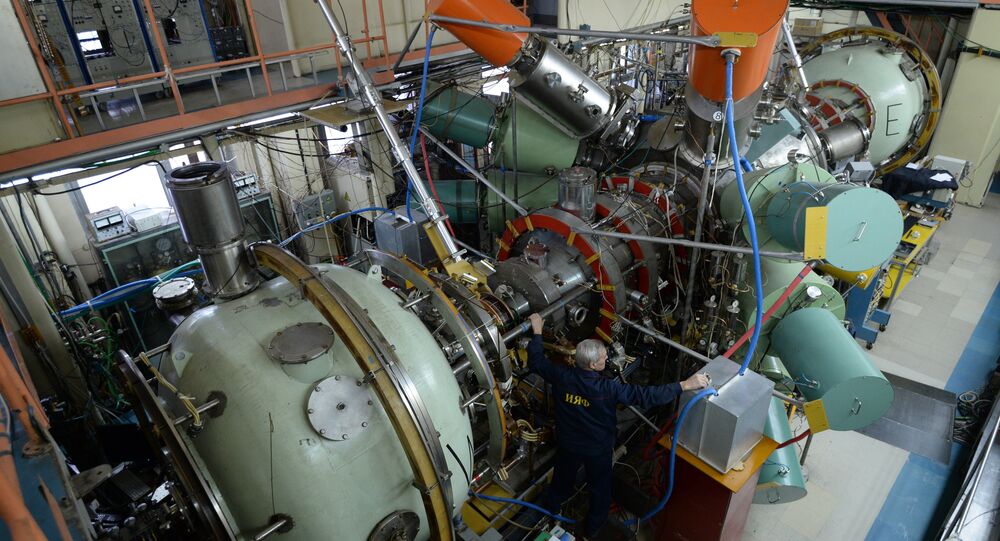 Scientists of the Siberia-based Institute of nuclear physics (INP) are planning to complete the first stage of their work on the development of an alternative fusion reactor, a project which is considerably more commercially attractive than the international thermonuclear experimental reactor (ITER).

The Institute is seeking financing for the GDML (gas dynamic trap) program, which is set to run until 2018, from the Russian Science Foundation,

"We have confirmed recent results on plasma heating to the temperature scale of ten million degrees; this is a very important milestone for our work. Now we can seriously begin to consider options for the establishment of fusion systems based on open traps,” Aleksander Ivanov told RIA Novosti.

The systems will allow them to increase steady plasma heating by three- or four-times, which would mean the completion of the first stage of work on the alternative reactor.

Aleksander Ivanov further noted that the nuclear physicists are limited to steady plasma heating capacities of ten million degrees Celsius. However scientists suggest that in subsequent experiments, the plasma temperature will rise considerably, with the lowest figure required to create a nuclear fusion reactor already exceeded.

"Now we can obtain the plasma in cleaner, more controlled conditions," Ivanov said.

The ITER fusion reactor has been designed to produce 500 megawatts of output power for several seconds while needing 50 megawatts to operate. Thereby the machine aims to demonstrate the principle of producing more energy from the fusion process than is used to initiate it, the holy-grail of fusion physics, but so far something that has not yet been achieved in any fusion reactor.

Russia to supply $139mn worth of equipment for ITER