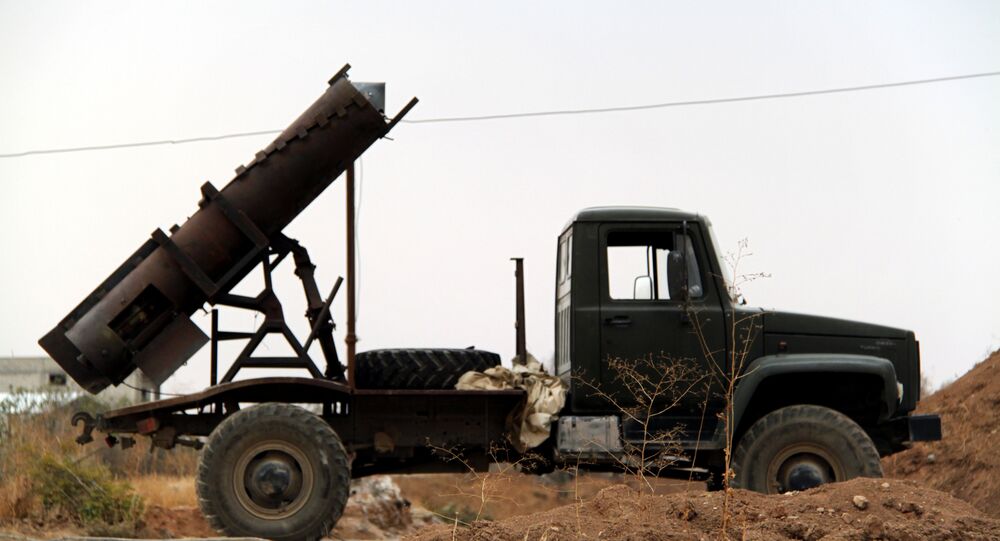 © Photo : sherp.ru
Russian Monster Truck Can Go Anywhere in the World for $50,000 (VIDEO)
Used to move around soldiers, weapons and ammunition, the Sadko truck is now being used as a platform for a 57 mm gun and for the rocket-powered mine-clearing system UR-83P.

Photographs of a Sadko truck with a Vulkan multiple rocket launcher mounted on its chassis recently appeared online.

​The Vulkan was developed by Syrian engineers and uses ordnance from other systems, including 122 mm shells fired by Grad multiple rocket launchers.

The Vulkan system, which has a comparatively short effective range of fire, is predominantly used against visible targets, above all terrorist positions.

It can also be mounted on a BMP-1 and other types of armored vehicles.

It is an excellent off-road vehicle capable of moving fast on rugged terrain – a quality that makes it especially dear to the Syrian military.