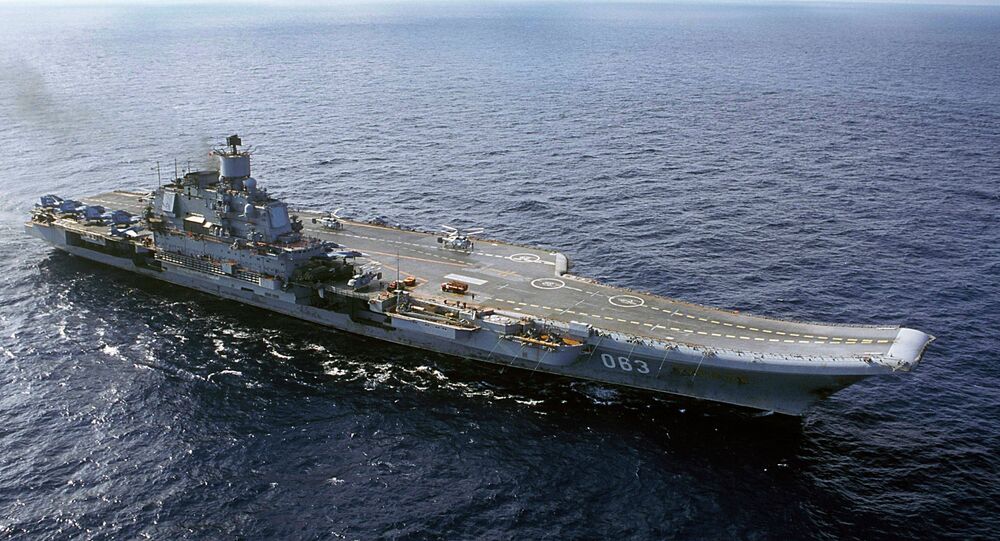 The crews of the aircraft carrier Admiral Kuznetsov, the heavy nuclear-powered missile cruiser Pyotr Veliky and a number of other ships of the Russian Northern Fleet currently on a tour of duty in the Mediterranean Sea, celebrated the New Year on board their vessels, the Northern Fleet’s press service said.

© Sputnik / Sergey Eshenko
Two Accidents With Admiral Kuznetsov in a Month: How the Russian Carrier Compares to US Counterparts
In the lead-up to New Year and Orthodox Christmas celebrations, Northern Fleet Commander, Vice Admiral Nikolai Yevmenov, met with the families of the sailors and civilian specialists currently serving on board Russian naval ships cruising the high seas.

A Russian naval task force, including the Admiral Kuznetsov, the Pyotr Veliky battle cruiser, and the Severomorsk and Vice-Admiral Kulakov anti-submarine warfare destroyers, were sent to the Mediterranean on October 15, 2016 to assist in the military operation against Daesh terrorists in Syria.

“The goal of the campaign is to ensure a naval presence in operationally important areas of the oceans,” Russia’s Defense Ministry said in a statement.

The vessel is also armed with Granit anti-ship cruise missiles as well as Blade and Chestnut gun systems.