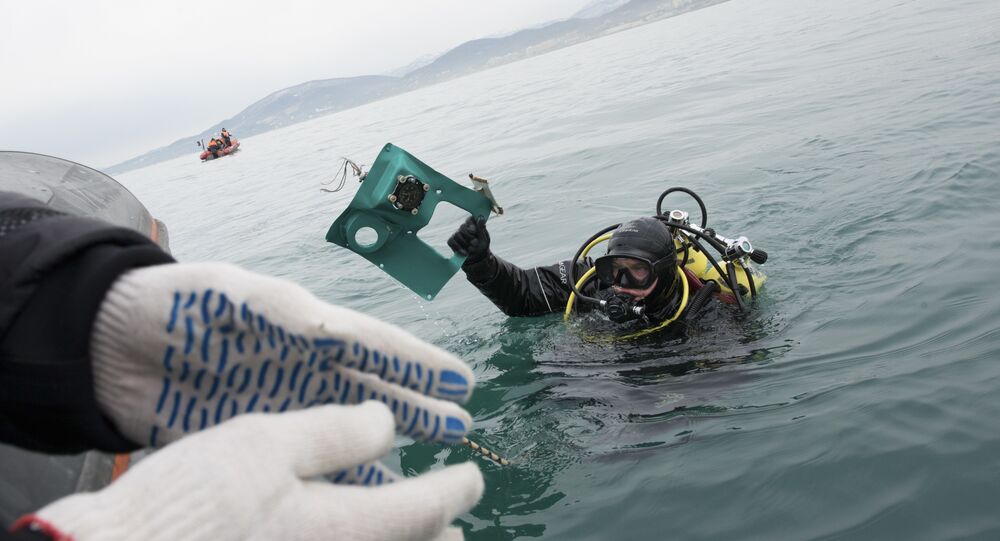 According to a source in the security services, rescuers have found and lifted 311 more pieces of plane wreckage from the bottom of the Black Sea near the Tu-154 crash site in the past 24 hours.

© Sputnik / Nina Zotina
Rescuers Locate IFF Identification Device at Tu-154 Plane Crash Site
MOSCOW (Sputnik) – Rescuers have found and lifted 311 more pieces of plane wreckage from the bottom of the Black Sea near the Tu-154 crash site in the past 24 hours, a source in the security services told RIA Novosti on Wednesday.

Fifteen bodies have been recovered so far.