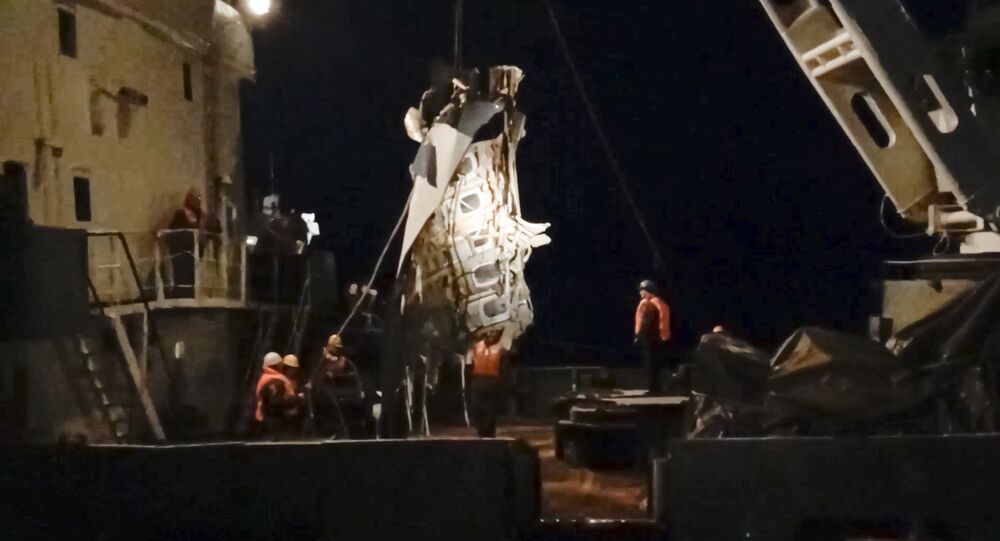 Three more fragments of crashed Tu-154, including the Engine and landing gear, have been discovered in the Black Sea, Russian Defense Ministry said in a statement on Tuesday.

The search operation on the site of the crash is ongoing, with 98 divers and 14 different deep-sea vehicles working in the area.

"With the help of submersible vessels of the Defense Ministry's 'Seliger' test ship and the Black Sea Navy Fleet's 'Epron' rescue vessel, at a distance of 1600-4500 meters, three more fragments of the crashed aircraft were found. Among those, an engine, the landing gear and elements of the aircraft covering [were found]. Currently, the work to raise [the fragments] and deliver them to the surface is underway," the ministry said in the statement.

The flight data recorder case has been delivered to Southeast Moscow Research Center in fair condition, the Ministry of Defense stressed in the same statement.

The ministry said that the black box of the ministry's aircraft that fell soon after takeoff early Sunday was delivered to the Aerospace Forces central scientific and research institute in the southeastern Moscow suburb of Lyubertsy.

"According to the institute experts' inspection results, the flight recorder container is in fair condition. Its decryption will begin after technical cleaning in distilled water," the ministry said in a statement.

Earlier on Tuesday, Russian Defense Ministry said that divers have found a total of 12 bodies and five additional plane fragments near the crash site of a Russian military aircraft in the Black Sea.