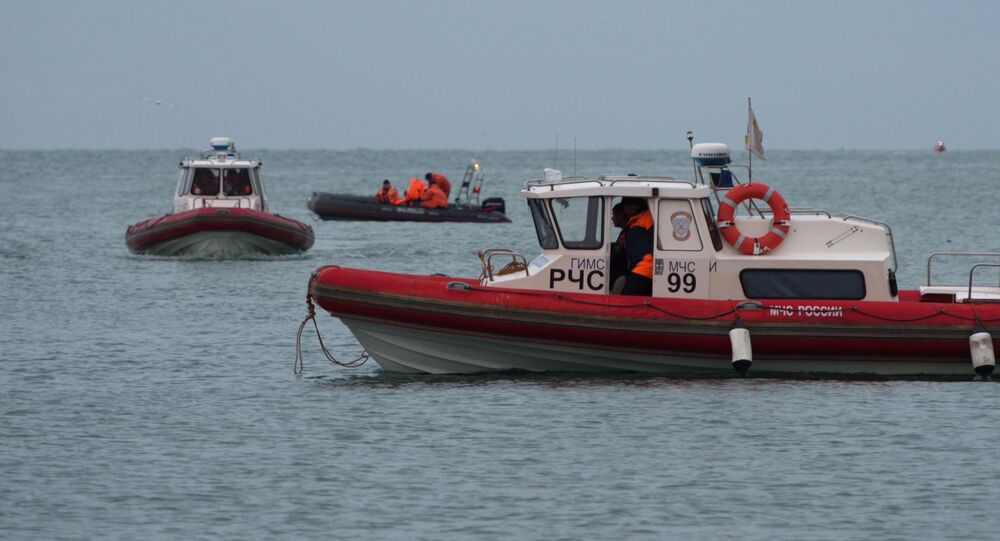 © AP Photo / Viktor Klyushin
Rescuers Found Three Tu-154 Fuselage Fragments at Crash Site So Far
MOSCOW (Sputnik) — Another body was found on Monday during the rescue operation at the crash site of a Russian Defense Ministry's Tu-154 passenger plane in the Black Sea, the ministry said.

"The rescue effort at the crash site continues round the clock. This afternoon, another body was found and brought on board of a rescue vessel," the ministry said in statement without giving the total number of victims that had been found so far.

According to the statement, total of 45 vessels, 15 deep sea vehicles, 192 divers, 12 planes and 5 helicopters are taking part in rescue effort at Tu-154 crash site.

© AFP 2021 / Yekaterina LYZLOVA
Bodies of 13 Tu-154 Plane Crash Victims Recovered – Emergency Service Source
The plane was en route to Syria from Moscow when it crashed soon after taking off after refueling at an airport near Russia's Black Sea resort of Sochi early Sunday.