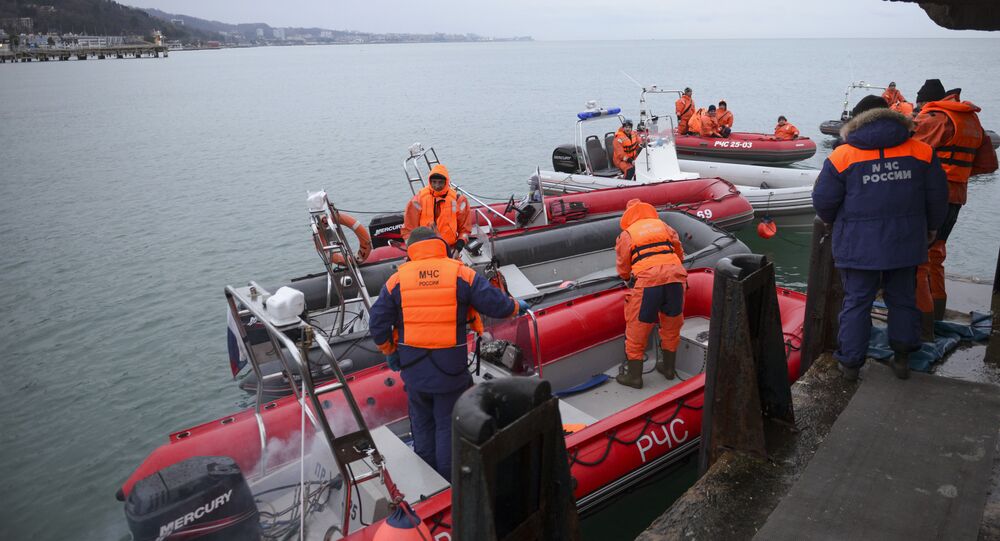 Three fragments of the the Russian Defense Ministry's Tu-154 passenger plane's body have been found at a distance of 1.8 kilometers [some 1.1 miles] off the coast in the Black Sea, according to a source.

MOSCOW (Sputnik) — Three fuselage fragments of the Russian Defense Ministry's Tu-154 passenger plane that crashed in the Black Sea have been found so far, two of them have been brought to surface, a Russian security source said Monday.

"As of 07.00 pm Moscow time [16:00 GMT], three fragments of the plane's body have been found at a distance of 1.8 kilometers [some 1.1 miles] off the coast. Two of the fragments have been brought to surface," the source told RIA Novosti.

© AFP 2021 / Yekaterina LYZLOVA
Bodies of 13 Tu-154 Plane Crash Victims Recovered – Emergency Service Source
The plane was en route to Syria from Moscow when it crashed soon after taking off after refueling at an airport near Russia's Black Sea resort of Sochi early Sunday.