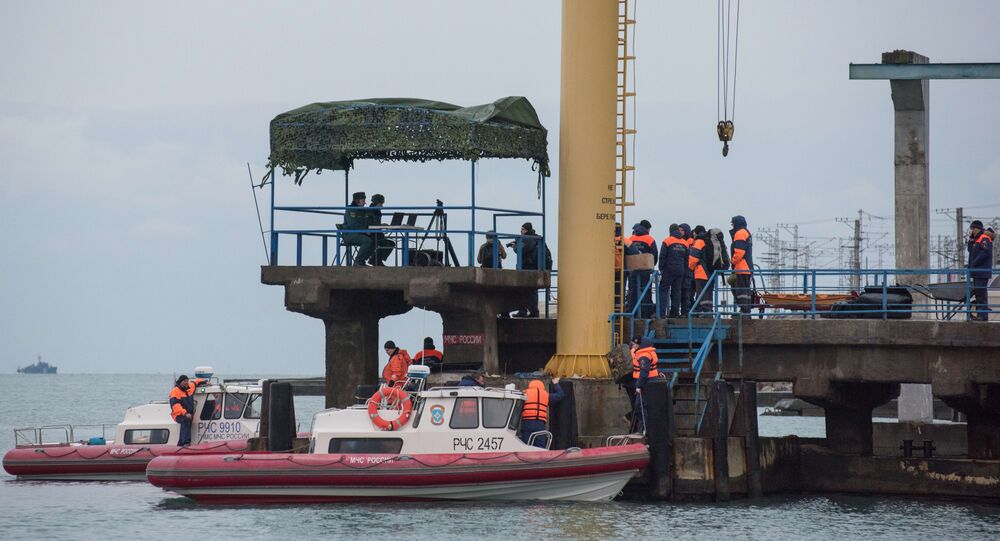 13 bodies of Tu-154 aircraft crash over the Black Sea were recovered during rescue operation, according to a source in the local emergency service.

MOSCOW (Sputnik) — The bodies of 13 victims of Russia’s Tu-154 aircraft crash over the Black Sea have been recovered by rescue workers, a source in the local emergency service told RIA Novosti on Monday.

“Two more bodies have been recovered, total number has reached 13,” the source said.

Tu-154 Plane Crash: Sochi Locals Take It as 'Their Own Tragedy'