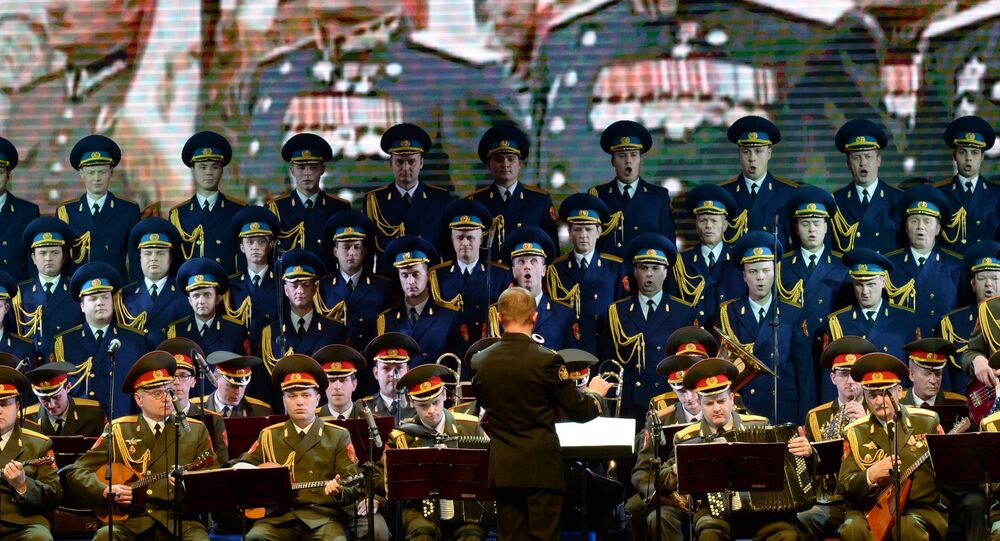 A Russian military Tu-154 plane taking the world-renowned Alexandrov Ensemble, the army’s official choir, to a concert at a Russian air base in Syria, crashed into the Black Sea on Sunday. All 92 passengers and crew on board are feared dead.

“It takes years to create such an ensemble. It is not enough just to put together some gifted musicians. It is necessary to unite talents who can build a whole new world,” Yuri Stupak, a vocalist of the MVD Ensemble, the official academic ensemble of Russian Ministry of the Interior, told Sputnik France remembering his colleagues from the Alexandrov Ensemble.

Stupak said many of his acquaintances were among the dead, including baritone Grigory Osipov whom he met in 2000 during his journey to Shanghai for the International Art Festival.

“He was a brilliant professional and a great personality. We worked together and shared a suite. He knew a lot about music and told me, then a young musician, a lot about vocal techniques,” Stupak said.

“It is a huge loss, not only for the Alexandrov Ensemble, but for the Russian  Vocal School in general,” he added.

“Another singer I knew was Pavel Zhuravlev. I have not seen him for a long time, and unfortunately now I will never seem him and hear his voice again. He was a perfect singer who won many competitions. It is hard to believe that his life and his creative path ended so early and so tragically,” the musician said.

According to Stupak, the artists of the Alexandrov Ensemble who remained in Moscow are overwhelmed with grief after learning of the death of friends.

“The future fate of the ensemble will be extremely harsh. It takes years to form an artistic union. We can do nothing but rely on the courage of those musicians who are alive. They have a lot of work to do in order to preserve the unique traditions of the ensemble,” Stupak concluded.

The Alexandrov Ensemble was established in 1928 and since that time has performed Russian war songs around the world, giving concerts in battle areas to bolster morale of the military.