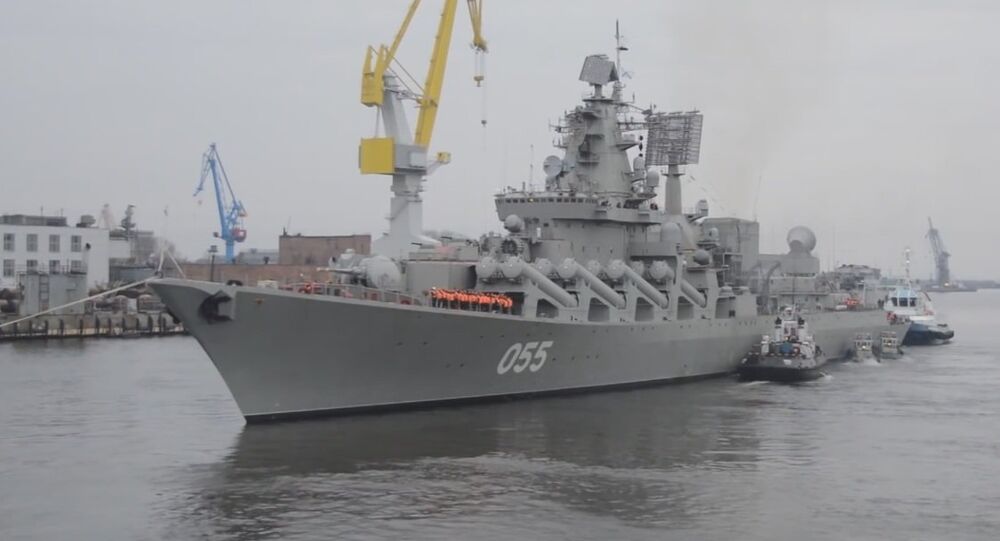 The shipbuilding company Zvyozdochka said that Russian missile cruiser, Marshal Ustinov, is back in service after five years of extensive repairs.

MOSCOW (Sputnik) – A Russian missile cruiser, Marshal Ustinov, is back in service after five years of extensive repairs, the shipbuilding company Zvyozdochka responsible for the works said Monday.

The cruiser left the Zvyozdochka shipyard last Saturday and headed for the city of Severomorsk, the home base of Russia’s Northern Fleet.

During five years in the dock the warship went through a hull reconstruction and had many of its internal engines, including propulsion, repaired. Its sensors and electronic warfare systems were replaced with digital equivalents.

The Marshal Ustinov was launched in 1982 and commissioned with the Russian Northern Fleet in 1986. Slava-class cruisers were designed as surface strike ships with some anti-air and ASW capability and have a primary armament of sixteen SS-N-12 Sandbox nuclear-capable supersonic anti-ship missiles.