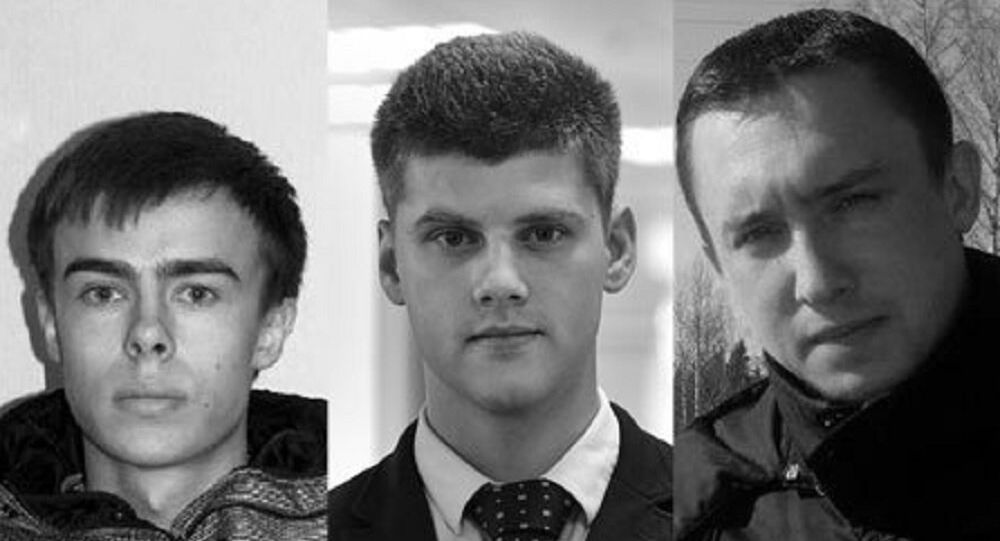 Three journalists from Zvezda channel were listed as being on the flight that crashed, correspondent Pavel Obukhov, operator Alexander Suranov and assistant operator Valery Rzhevskiy. Sputnik spoke to Alexey Kharkov, the deputy director of the channel.

In an interview with Sputnik, Deputy Director of the Directorate of Information Broadcasting of the Zvezda TV and radio company Alexey Kharkov said, “Correspondent Pavel Obukhov has been working with Zvezda for two years, during which he had traveled for various missions.”

“He always chose to go to places where the job was the hardest, to the place which was the farthest. That has always been Pasha. Every time, something happened somewhere, Pasha would call and say, ‘I am ready to fly on a business trip,’” Kharkov told Sputnik.

​The deputy director further said that Obukhov worked in war zones as well. He was working in Donbass in Ukraine, although that was for a different channel.

© Sputnik / Vladimir Vyatkin
'Our Pride and Glory:' Members of Russian Army’s Famed Alexandrov Ensemble Feared Dead in Tu-154 Crash (PHOTOS, VIDEOS)
Talking about Obukhov’s desire to go to Syria, the deputy director said that the correspondent had requested to be sent to Syria many times throughout the counter-terrorism process in order to report

Obukhov had recently proposed to his girlfriend.

Talking about Alexander Suranov, the channel’s deputy head said that Suranov was “our operator, an experienced friend who worked for several federal channels. All the channel’s colleagues right now are remembering him with kind words.”

“He was repeatedly sent on different missions during the war and found himself in difficult situations but he always managed to get out of them displaying the highest level of professionalism,” Kharkov said.

Suranov has left a wife and a young son behind.

Talking about the third journalist of the Zvezda channel, the deputy director said that, “Valera Rzhevskij joined us recently as a quite young man. He quickly became a member of our team and the guys worked as a well-coordinated unit. They had repeatedly traveled together.”

Rzhevsky was only 21 years old.

“Anyone who knew the guys now recalls the work times and behind the scene moments,” the channel’s disclaimer message reads.

Crash of Tu-154 Plane in Sochi