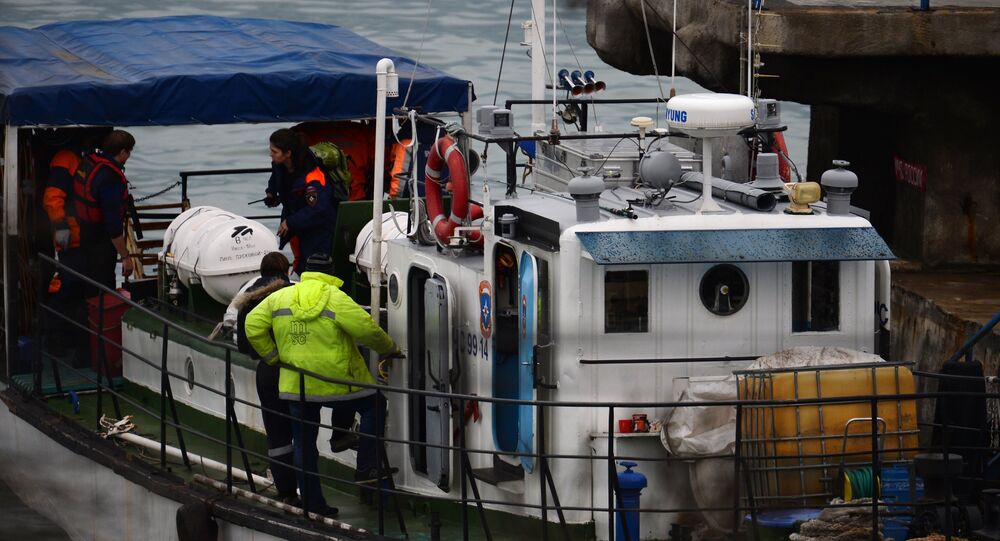 Bodies of 10 victims of Russia's Tu-154 aircraft crash near the resort city of Sochi have been recovered, the Russian Defense Ministry confirmed Sunday.

MOSCOW (Sputnik) – Earlier in the day, a source in the Russian law enforcement agencies told RIA Novosti that bodies of 10 crash victims had been found so far.

"According to specified data, bodies of 10 victims were collected by the rescue ship. We are bringing more search and rescue forces to the crash area of the defense ministry’s Tu-154 plane. The search area of 10.5 square kilometers [about 4 square miles] has been formed," the ministerial press service said in a statement.

© Sputnik / Kirill Kallinikov
'She Was a Miracle, Envoy of Kindness': Russian Charity Activist Dr. Lisa Among Passengers of Tu-154 Crash in Black Sea
Over 3,000 people, including divers and pilots, are taking part in the search operation at the crash area, the defense ministry added.

"Twenty-seven ships, 37 divers, 4 helicopters, UAVs and remotely operated deep-sea vehicles are involved in searches. Over 100 deep sea divers with special equipment will be dispatched to the crash area soon," the ministry stated.

The Russian Defense Ministry Tu-154 plane with 92 people on board crashed in the Black Sea en route to Syria shortly after refueling at an airport in the resort city of Adler. Most of the passengers were members of the Alexandrov Ensemble, who were traveling from Moscow to Hmeymim airbase in Syria to take part in New Year celebrations.

Crash of Tu-154 Plane in Sochi