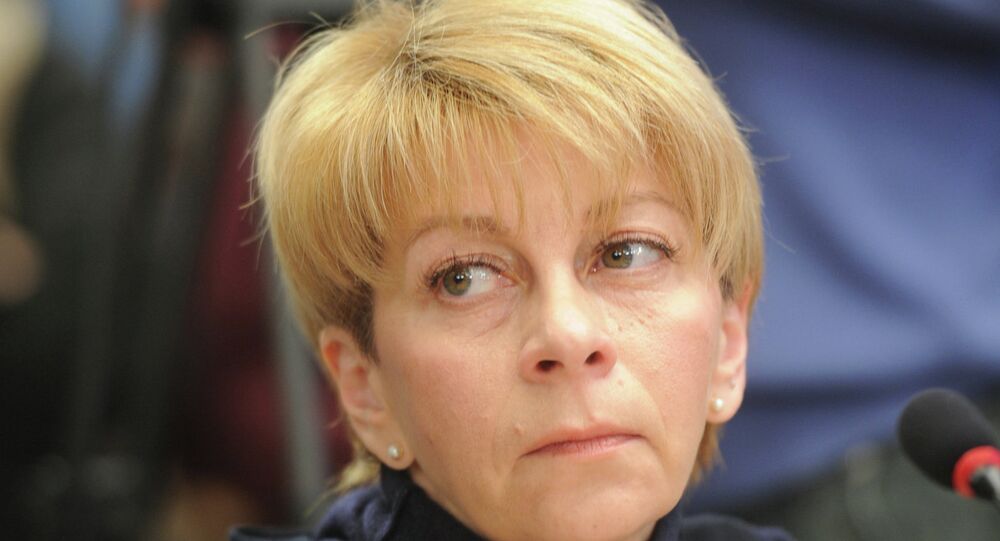 A Russian Defense Ministry Tu-154 plane heading from Moscow to Syria with a stop in Adler crashed on Sunday morning near the Russian Black Sea resort city of Sochi. Among 92 people on board was Dr. Elizaveta Glinka, or Dr. Lisa, a well-known charity activist who helped evacuate many children wounded during the Ukrainian conflict.

Dr. Lisa was the head of Fair Aid, a charity fund which provides support and medical assistance to terminally ill cancer patients. Since the start of the military conflict in Ukraine, she also dedicated herself to rescuing sick and injured Ukrainian children from the war zone.

Representatives of the Fair Aid fund confirmed that Dr. Lisa was flying to Syria on the Russian Ministry of Defense plane to deliver humanitarian aid to a local hospital, although they added that they have no information related to the plane crash.

Representatives of the fund hope that there might have been a second plane heading to Syria. So far, no information on a second aircraft en route to Syria has been given.

"We are waiting for an official comment of the Ministry of Defense — confirmation or refutation, or maybe information that someone was late and didn't get on the plane on time. I am sure that everyone who received the lists of the passengers on board are praying and hope for only one thing: that a miracle happened and their loved ones did not get to the plane on time," Dr. Lisa's assistant Natalia Avilova told RIA Novosti.

In his turn, the head of the Presidential Human Rights Council (HRC), Mikhail Fedotov, expressed his grief over the tragedy, saying that "his mind and heart refuse to accept" the fact of Glinka's death.

"The mind refuses to understand that she is no longer with us, the heart refuses to believe it… We knew that she was going to fly to Syria, to the Hmeymim airbase, to deliver medication to the university hospital in Latakia," Fedotov's statement on HRC website said. "We had hoped for a miracle until the last moment. She herself was a miracle, an envoy of kindness that heaven sent to us."

Dr. Lisa was well-known in Russia and Ukraine as a person who gave hope to people in a dire need. She dedicated herself to charity in 1999, when she started the first private hospice in Kiev.

The Russian Defense Ministry released the list of victims of the plane crash, with Dr. Lisa being among them. However, her body has not yet been recovered.

Most of the passengers were members of the famous army choir of the Russian armed forces, the Alexandrov Ensemble, who were travelling from Moscow to Hmeymim airbase in Syria to take part in a New Year concert.