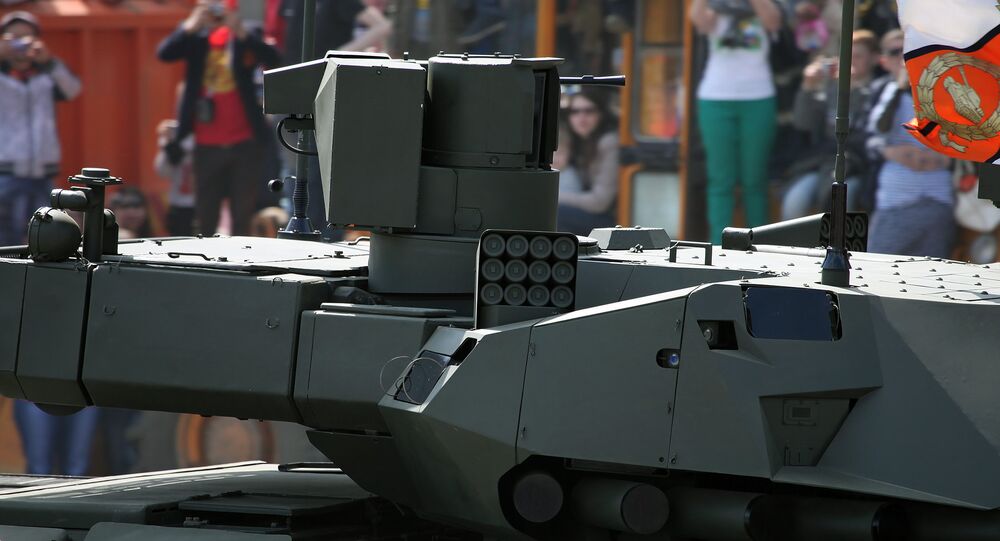 The unique system, dubbed GALS-D4, will make it much easier for the crews to monitor the gauges and inform their commanding officers about the condition of their fighting vehicles.

© Wikipedia / Vitaly V. Kuzmin
Sure Shot: T-72, T-90 to Get Armata Tank's Electronic 'Brain' for Fast Targeting
The GALS-D4 ensures stable navigation and keeps in its hard disk memory all information about the vehicle’s whereabouts and condition of the past ten years.

The complex consists of a microprocessor, computing and navigation modules, each weighing up to 2.5 kilograms and placed under the driver’s and commander’s seats.

They feed data onto a 20 cm touch-sensitive screen in the commander’s compartment.

The GALS-D4 has several modes of operations. In diagnostic mode, information about all of the vehicle’s electronically operated elements is sent to a touch-sensitive screen.

In navigation mode, a pre-loaded area map is fed to the operator’s screen showing the vehicle’s exact location in real time.

“The system is still being brought up to speed with the combat modules to be eventually operated via remote-control, Sergei Mosiyenko, chief designer at Volna Central Research Institute, told the newspaper.

The GALS-D4 is currently installed on a number of Taifun armored cars now being tested by the Defense Ministry and also on the all-new Armata tanks, which boast a number of back-up target acquisition and technical control systems.