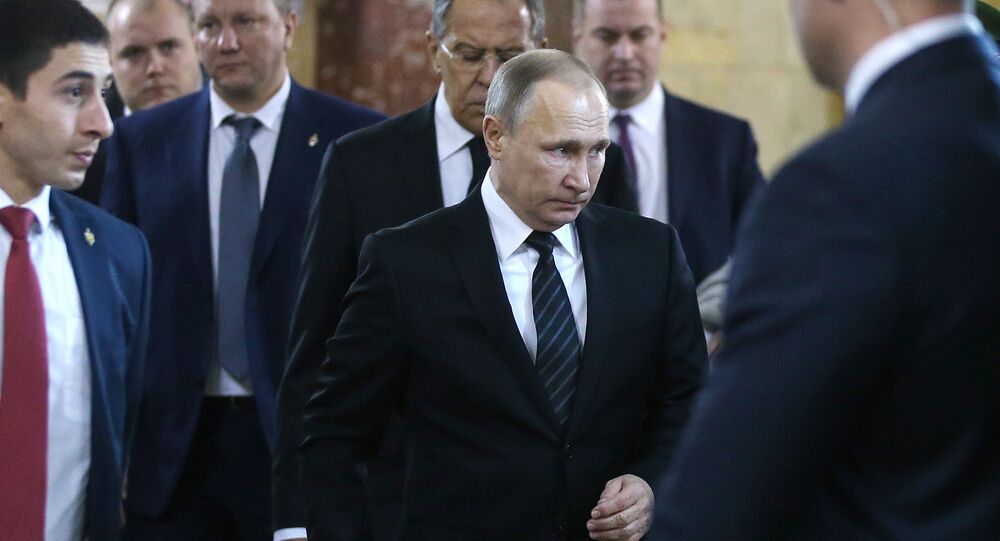 MOSCOW (Sputnik) — The president had to reschedule a big press-conference originally scheduled for Wednesday to be able to take part in the memorial for the diplomat whom he knew personally.

Anadolu Agency
Russian Ambassador Andrei Karlov (right) at the opening of a photo exhibition in the Center of Modern Art in Ankara. (The image is a hand-out material granted by a third party. Editorial use only. Archivation, commercial use or promotional campaign are banned). Photo by ANADOLU/RIA Novosti

On Wednesday, Putin ordered the murdered ambassador to be awarded with the title of the Hero of the Russian Federation posthumously.

On Tuesday, Kremlin spokesman Dmitry Peskov called Karlov an outstanding diplomat underscoring the ambassador's contribution to the restoration of the relationship between Moscow and Ankara in the wake of downing of a Russian Su-24 plane by a Turkish F-16 fighter jet in Syria.

On Monday, Karlov was shot at an art gallery exhibition opening by Turkish off-duty police officer Mevlut Mert Altintas. Three more people were also injured in the attack. The Russian Foreign Ministry said it considered the attack a terrorist act.