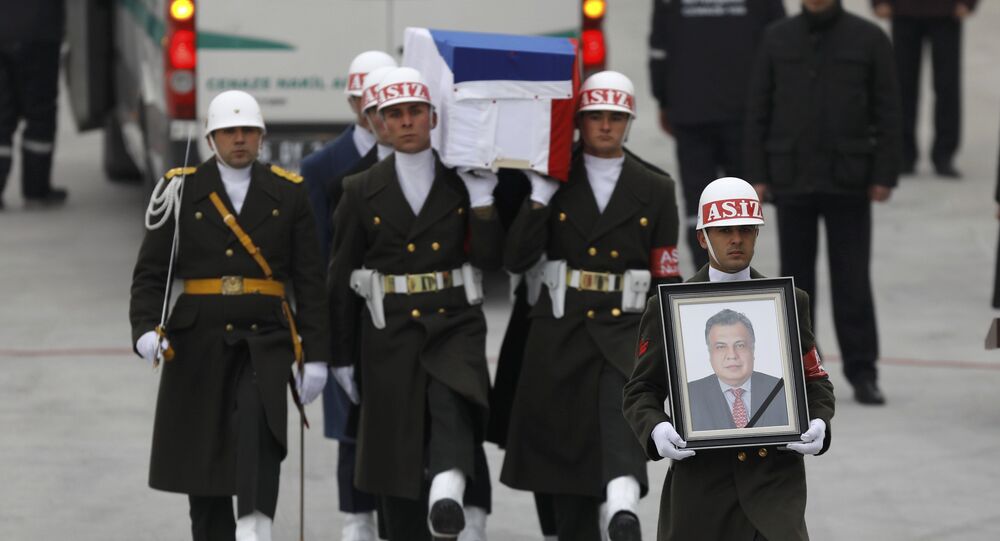 Russian lawmakers called for punishing the executors and masterminds of the assassination of Moscow's ambassador to Turkey Andrey Karlov.

MOSCOW (Sputnik) — The Russian lower house of parliament issued a statement on Wednesday calling for global legislatures to unite in creating an effective anti-terrorist coalition in the wake of the assassination of Russia's ambassador to Turkey.

"The State Duma lawmakers fully support the United Nations Security Council's December 19, 2016, statement which notes in particular the need to bring to accountability the perpetrators, organizers and sponsors of terrorism," the statement reads.

Ambassador Andrey Karlov was shot and killed at an art gallery exhibition opening in Ankara on Monday. The Russian Foreign Ministry said it considered the attack a terrorist act.

"The perpetrators of this monstrous provocation, both the executors and those who guided the hands of the terrorist, igniting feelings of Russophobia, interethnic, interreligious and interfaith hatred, extremism and fanaticism, must be duly punished," the State Duma said.

Professional Diplomat Who Became a Terrorist's Target: Who Was Andrey Karlov?