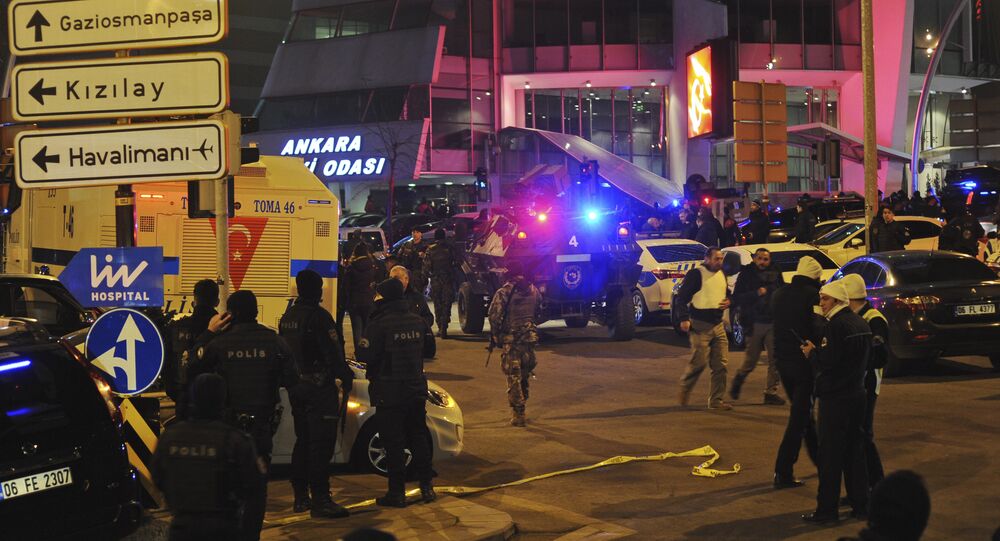 All the circumstances surrounding the murder of the Russian ambassador in Turkey should be established as soon as possible, Russian Foreign Minister Sergei Lavrov said on Tuesday.

MOSCOW (Sputnik) — Russia's Ambassador to Turkey Andrey Karlov was shot by a gunman at an art gallery exhibition opening in Ankara late on Monday. Three other people were also injured in the attack. The Russian Foreign Ministry called the incident an act of terrorism.

"It is necessary to establish all the circumstances of the organization and execution of the terrorist act as soon as possible," Lavrov said at a meeting with Turkish Foreign Minister Mevlut Cavusoglu in Moscow.

"Yesterday, our presidents agreed that in addition to the investigatory action of the Turkish special services, the Russian investigation team would fly to Ankara, and… it has already landed in the Turkish capital," Lavrov added.

"This tragedy makes all of us more determined to fight terrorism and makes this meeting even more useful. So I very much hope that these negotiations, as well as the upcoming trilateral meeting with our Iranian counterpart, will allow us to reach agreements that will facilitate the process of the Syrian conflict settlement by concrete actions, will create conditions for a more efficient delivery of humanitarian aid without making any concessions to terrorists," Lavrov said.