The Russian Mufti Council plans to launch a Muslim satellite television channel, according to the statement of the council’s First Deputy Chairman Rushan Abbyasov.

MOSCOW (Sputnik) — The Russian Mufti Council is currently working on creating of a Muslim satellite television channel and plans its test launch for 2017, the council’s First Deputy Chairman Rushan Abbyasov said on Monday.

"There is an idea to launch a kind of a Muslim channel on satellite or maybe pay television, which will talk about the traditions, culture and customs of the nations inhabiting our country," Abbyasov said. 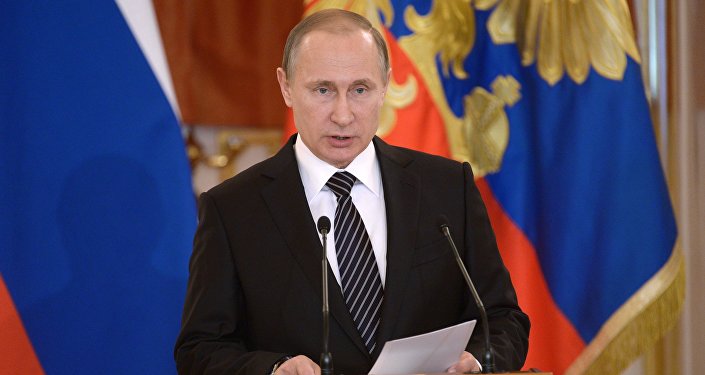 © Sputnik / Alexei Nikolsky
Putin Congratulates Russian Muslims on Eid al-Fitr Holiday - Kremlin
He pointed out that the project was currently at the stage of approvals and negotiations, adding that specialists from major TV channels were in consultations with the council.

"We are currently working on the content. To launch it [the channel], we, of course, will need good content," Abbyasov said.

The channel would be broadcasting to the Russian-speaking audience, however, Abbyasov did not rule out the possibility of broadcasting in English and Arabic in the future.

Muslim Summer Camp Opens Doors for Boys From All Over Russia