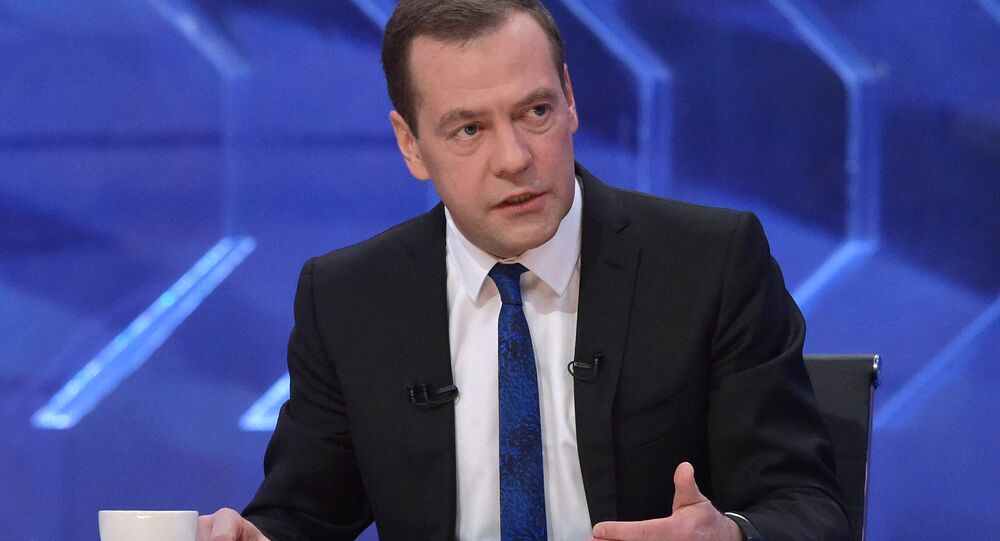 "The task ins't simple, but is realizable. And basically all our actions in the last few years were aimed precisely at pushing through the growth rates that formed lately and moving from the falling economy to growing one, with the growth being outstripping in comparison to the world rates," Medvedev explained in his interview to Russian TV channels.

He added that the growth rates of 0,5 percent, 1 percent or even 1,5 percent do not suit the government, underlining that the Russian economy must see qualitative changes that could only be reached through structural changes that are happening now.

"In order to fulfill the assignment of the President's address, we need to move forward changing the structure of economy. And we can see such movement now", the prime minister said.

President Vladimir Putin in his address to the Federal Assembly charged the government with the task to prepare and adopt a complex plan of actions for 2017-2025 that would provide measures allowing to reach national economy growth rates outrunning world rates no later than 2019-2020.