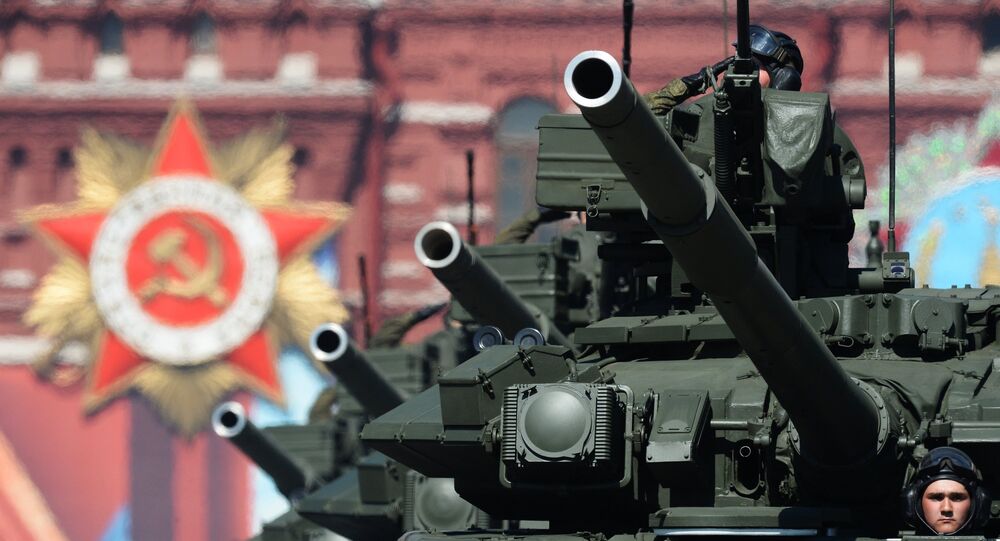 Russian military spending has declined in 2016 for the first time since the 1990s, UK media reported on Monday.

© Sputnik / Artem Zhitenev
Russian Defense Spending Going Down After Record Growth in 2015
MOSCOW (Sputnik) – Global defense spending has increased by 1 percent in 2016, even taking into consideration the first decline in military expenditures of Russia in more than 15 years, the Financial Times newspaper reported, citing an annual report conducted by Jane`s Defence Budget company.

The newspaper added that at the moment Russia's defense budget is the seventh in the world, after the ones of the United States, China, India, the United Kingdom, Saudi Arabia and France, and is estimated at $41.1 billion.

Despite the large-scale rearmament program implemented by Moscow, the Russian government has reduced its defense spending in US dollar terms amid the devaluation of national currency sue to global oil prices slump and Western economic sanctions imposed on Russia.

Russian Defense Spending Going Down After Record Growth in 2015