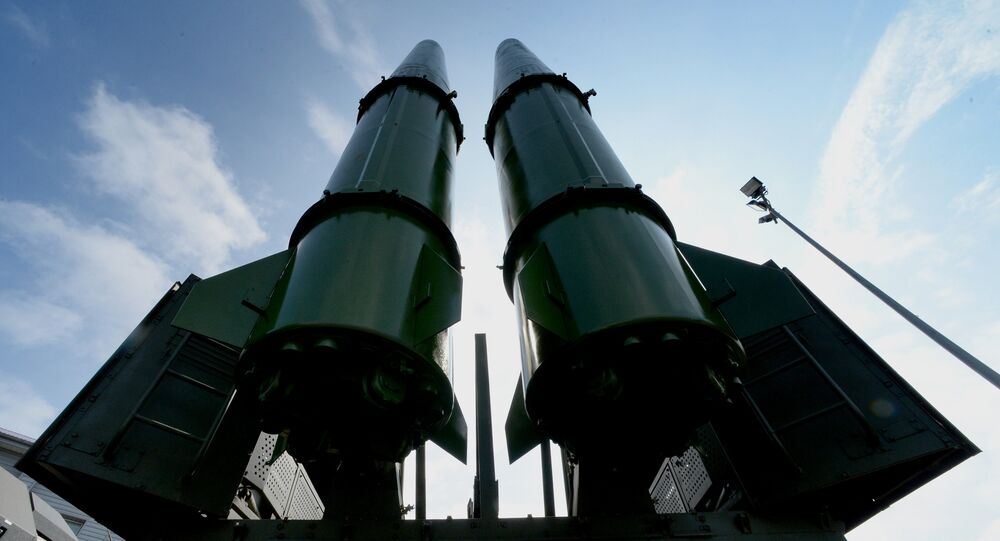 © Sputnik / Alexei Druzhinin
Poland Hopes for Restoration of Dialogue With Russia – Ambassador
MOSCOW (Sputnik) — Earlier in the day, Polish Ambassador to Russia Wlodzimierz Marciniak said the deployment of Russian Iskander-M mobile missile systems in Kaliningrad is a threat for Poland and added that Warsaw was concerned over militarization of the exclave. The deployment was confirmed by the Russian Defense Ministry in October.

"Regarding the militarization of the region, this is, of course, fiction, as we are forced to react to NATO military infrastructure approaching our borders despite our attempts to clarify why this is being done. We have not been told anything specific about this… We are forced to undertake adequate measures, but we are doing this on our own territory while our NATO colleagues are approaching someone else's border, our borders," Nechayev told RIA Novosti.

The official, whose department deals mostly with central European countries, including Poland, stressed that Moscow fails to understand why Poland has still not lifted movement restrictions on its border with Kaliningrad.

Poland introduced temporary border controls due to the NATO summit that took place in Warsaw on July 8-9 and the World Youth Day in late July. Earlier in August, Poland decided to leave in place the restrictions on the Kaliningrad border. Poland has promised to lift the restrictions but has so far kept them in place.

"We are still waiting for a constructive move from Poland with regards to implementing promises made by senior officials from the Polish Foreign Ministry on unfreezing dialogue and resuming cooperation," Nechayev said.