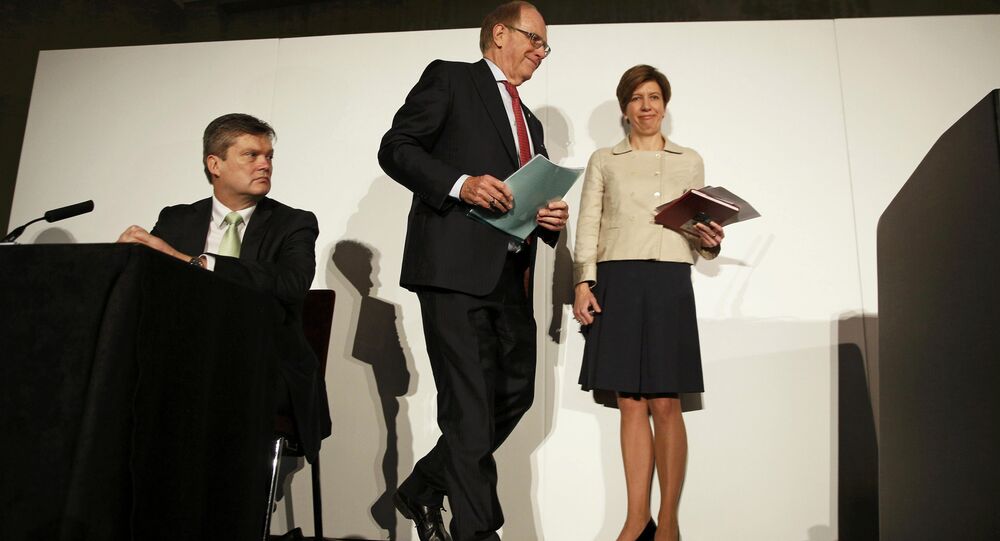 The second part of the report on the alleged doping abuse in Russia was released by the World Anti-Doping Agency's (WADA) commission led by Canadian law professor Richard McLaren.

The second part of McLaren's report contains investigation materials comprising over 1,000 testimonies, including letters and results of tests.

Professor McLaren: Over 1,000 Russian athletes can be identified as having benefitted from manipulations to conceal positive doping tests

"We are now able to confirm a cover up that dates back until at least 2011 and continued after the Sochi Olympic Games. It was a cover up that evolved from uncontrolled chaos to an institutionalised and disciplined medal-winning conspiracy," McLaren said at a news conference.

Professor McLaren: Report includes immutable evidence. Does not depend on verbal testimony but on physical evidence #McLarenReport

"It was a cover up an unprecedented scale and the second part of this report shows the evidence that increases the number of athletes involved as well as the scope of the conspiracy and cover up," McLaren said.

However, he welcomed recent Russia's reforms aimed at preventing doping.

He also claimed that the Russian Sports Ministry, the Russian Anti-doping agency (RUSADA) and the FSB were involved in covering up doping.

The report said that former Russian Sports Minister Vitaly Mutko and Deputy Minister Nagornykh were leading the process of testing methods of manipulating doping use.

The possibility of opening doping samples and mix-ups with DNA gives ground to assert that Russian athletes' doping samples were switched, the report said.

The report claimed that the concealment of doping use and other manipulations took place at four different sporting events, including 2 Olympic Games.

"This systematic and centralised cover up and manipulation of the doping control process evolved and was refined over the course of its use at London 2012 Summer Games, Universiade Games 2013, Moscow IAAF World Championships 2013, and the Winter Games in Sochi in 2014," the report said.

"Over 1000 Russian athletes competing in summer, winter and Paralympic sport, can be identified as being involved in or benefiting from manipulations to conceal positive doping tests. Based on the information reported to International Federations through the IP to WADA there are 600 (84%) summer athletes and 95 (16%) winter athletes," the report read.

According to the newly-released report, doping samples of Russian athletes at 2014 Sochi Winter Olympic Games contain "impossible levels of salt."

"The … expert has confirmed that the salt levels in these two samples are physiologically impossible in a healthy human. Furthermore, DNA analysis of both samples revealed the presence of male DNA," the report read, referring to a particular case of a Russian female ice hockey player at the Sochi games.

Doping samples of 4 athletes from 2013 IAAF World Championship in Moscow were switched, the report said.

Following the report, Russian President Vladimir Putin vowed to suspend officials named in the report and stated that Russia would carry out an investigation of the allegations. The Russian leader also warned against politicizing sport and using it as a geopolitical tool.