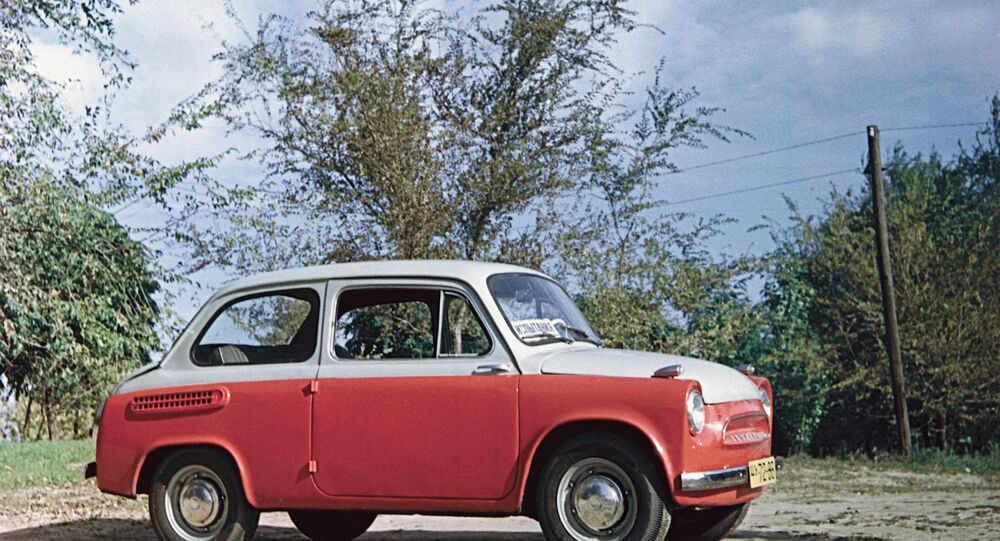 Oldies but Goldies: 'Soviet Porsche' and USSR's Other Forgotten Cars

Zhiguli, KamAZ, GAZ and UAZ - these are the brand names that immediately come to mind when talking about the Soviet-era auto industry. However, there were other, less known, brands people usually forget about.

The legendary “Rafik” was the most mass-produced minibus made in Riga in what is now independent Latvia, from late-1975 until 1998.

Originally built on the basis of the GAZ-21 Volga car, the RAF-2203 later employed the engine, gearbox and other elements of the newer GAZ-24 sedan. The “Rafik” went down in history as the official carrier of the 1980 Moscow Olympics.

Nowadays, preowned RAF-2203s are available on the used-car market at between $500 and $8,000 depending on the condition and production year.

Fans often compared it to a Porsche because of the rear-placed engine and the characteristic round air intakes on each side to cool the engine.

© Sputnik / I. Kropivnitskiy
ZAZ-968Ms at the ZAZ factory being loaded up for transport.
© Sputnik / Yuryi Abramochkin
New Passion for Soviet Cars: Why Old Vehicles Become Popular in Germany
Designed at Moscow’s Auto Works during the late 1950s, the ZAZ-968 minicar, modeled on the Fiat-600, was mass–produced in Zaporozhye. The first ZAZ-969 rolled off the assembly line in 1971 and its upgraded versions, sold abroad as Yaltas and Eliettes, were built until 1994.

In 1992 several ZAZ-968 were acquired by the Lithuanian Army. In all, nearly 3 million units were built. Used ones are currently available between $80 and $8,000 apiece.

Production of KAZ-606 Kolkhida prime movers began in Kutaisi, Georgia, in 1967. Belying their title of a prime mover, these vehicles were relatively “weak” with a maximum speed of just under 65 km/h.

Still, the Kolkhidas were the first Soviet prime movers with a cab-over-engine construction and were fairly advanced for their day and age, boasting a bunk and a fan to keep the driver cool.

© Sputnik
Need for Speed, USSR-Style: Seven Legendary Cars Made in Soviet Union
The LuAZ-969 “Volyn” was the first Soviet full-drive off-roader that could be acquired for personal use. It was primarily meant for use in the countryside.

The Volyn was powered by a 30 hp engine, which was later boosted to 40 hp ensuring a maximum speed of 85 km/h. The engine was ultimately ramped up to 53 hp.

The Volyns were popular in Italy and some other European countries where they were converted for use as dump trucks and aircraft tugs.