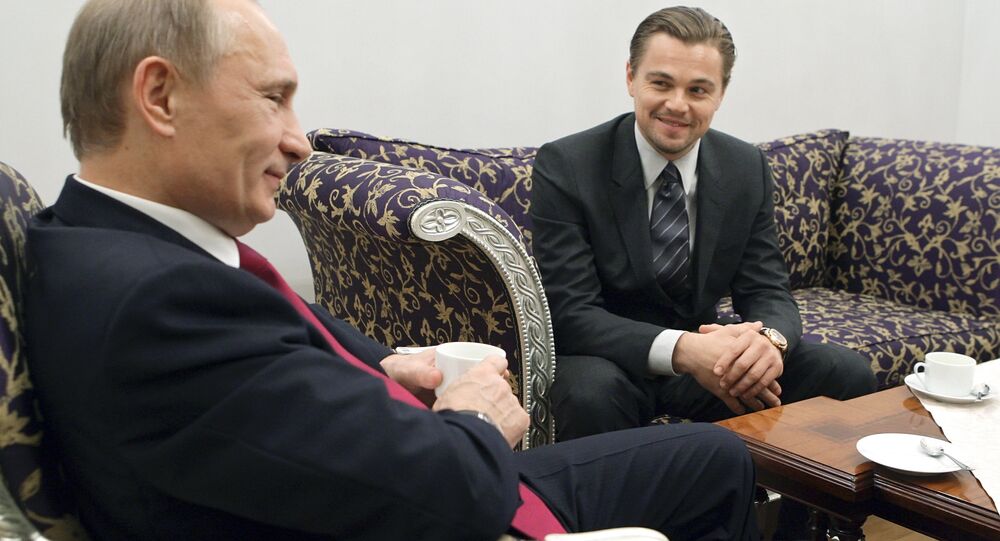 A former aide to Russian President Vladimir Putin has been pushed off the shortlist for an Oscar by Leonardo DiCaprio’s documentary "The Ivory Game."

The Ivory Game details the slaughter of elephants in Africa, and is similar in content to "Ivory — A Crime Story," produced by Sergey Yastrzhembsky, who served as a diplomat for the Kremlin for over a decade.

Both documentaries had made an early list for the nomination, but only DiCaprio remained in the new shortlist of 15 contenders released Tuesday.

© AP Photo / Ben Curtis
Kenya to Destroy $172Mln Worth of Illegal Ivory to Counter Poaching
Yastrzhembsky’s ivory documentary blasts the world’s top ivory buyers, including China, the Vatican and Buddhist monks in Thailand, and highlights the plight of African elephants.

With the film, the former Putin aide points out that an elephant is killed by poachers, on average, every 15 minutes. Conservationists believe that the African elephant may be extinct in the wild in the near future, as the population has dropped from 1.5 million to just 500,000 over the past three decades.

The documentary includes heartbreaking scenes including an elephant being hunted, and crying as it is hacked apart, alive, by poachers.

"I congratulate DiCaprio and I am happy that his film was selected because it is important that someone talks about the real threats elephants are facing," Yastrzhembsky told Reuters on Wednesday.

The five final nominees will be announced January 24, 2017, two days before the winner is chosen.

Yastrzhembsky told Reuters that Pope Francis was shown a condensed version of his documentary before traveling to Nairobi to speak out against the ivory trade.