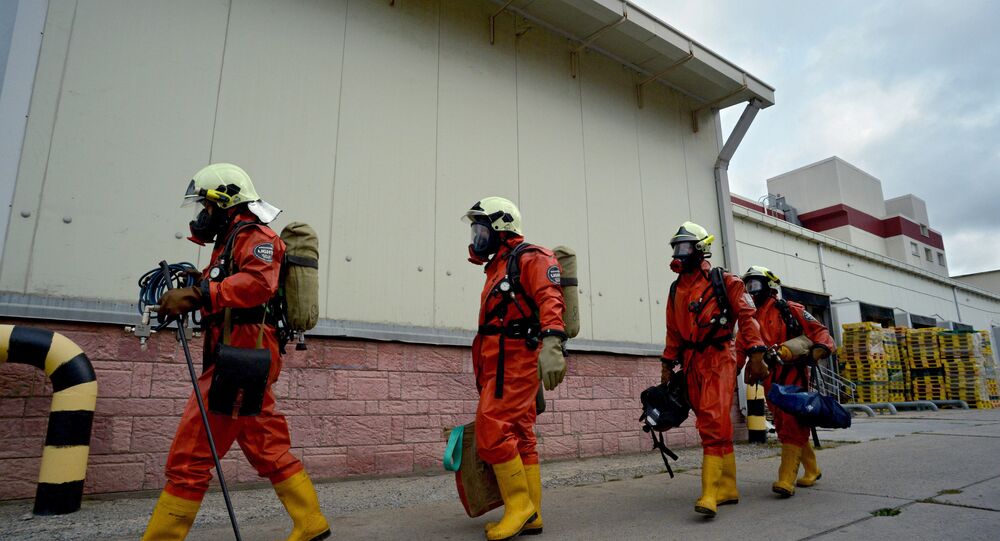 © AP Photo / Petr David Josek
US-Led Coalition Strikes Destroy Daesh Chemical Weapons Storage in Syria
NIZHNY NOVGOROD (Sputnik) — He pointed out that toxic agents at six out of seven sites had already been destroyed, while the work on the liquidation of the consequences of chemical weapons destruction started.

"Russia will fulfill its obligations to destroy chemical weapons, this work is in the final stage, for the moment more than 96 percent of all chemical weapons stockpiles on the territory of the Russian Federation have been destroyed," Babich, who is also the presidential envoy in the Volga Federal District, said at a press conference.

Babich stressed that according to the plan, Russia had to destroy its chemical agents’ stockpiles in 2018, adding that Russian efforts were "recognized by the international community."

© AFP 2020 / DOMINICK REUTER
Russia Not to Support UK-French Draft Resolution on Chemical Weapons Sanctions
He highlighted that the United States, on the contrary, delayed their deadline from 2020 to 2023, which meant Russia would finish the process much earlier, deflating all talks about the non-implementation of its international commitments.

Russia is among 165 states, that signed the international Chemical Weapons Convention (CWC), outlawing development, production, acquisition, stockpiling, retention, transfer and use of chemical weapons by signatories.

In 2015, the Organization for the Prohibition of Chemical Weapons (OPCW), responsible for the CWC implementation, extended the deadline for toxic agents’ destruction to 2020.