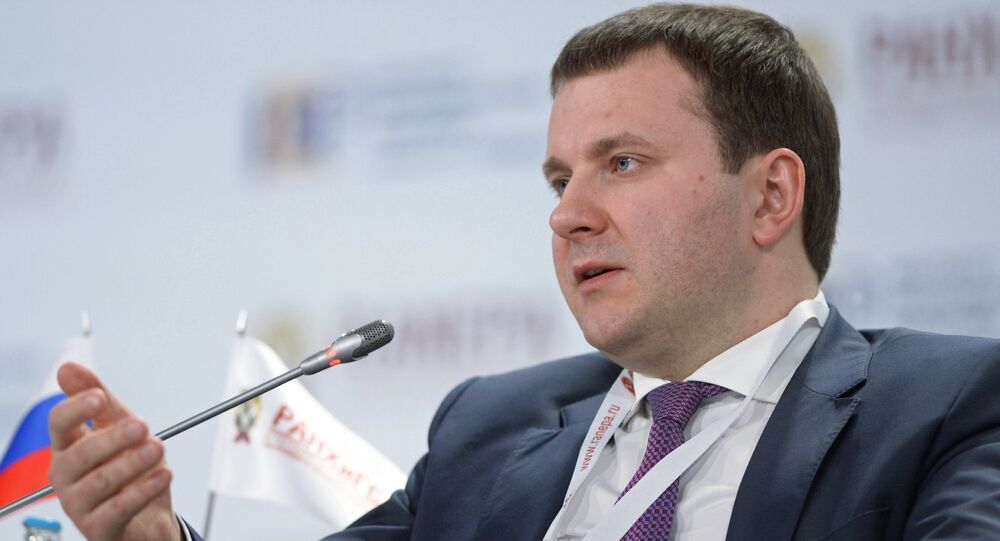 "Maksim Stanislavovich, I want to offer you the post of the economic development minister," Putin said.

The new minister added that his main goal during the first year in the office would be creation of conditions for lifting the barriers hindering the country's economic growth.

"The worst developments [in our economy] are left behind, but of course the growth rates are insufficient. That's why the main goal for the upcoming year is to prepare the key measures that could allow to lift the structural barriers for the growth of the country's economy," Oreshkin said, adding that there are many such obstacles.

Russia's Investigative Committee said on November 15 that former Economic Development Minister Alexei Ulyukayev was caught in the act of taking a $2-million bribe for a positive appraisal that allowed Russian energy company Rosneft to buy the state's shares of Bashneft oil company.

Ulyukayev has been charged with taking an especially large bribe and extortion, and placed under house arrest until January 15. Putin has dismissed Ulyukayev from the post of economy minister citing lack of confidence. The ex-minister has not admitted his guilt.