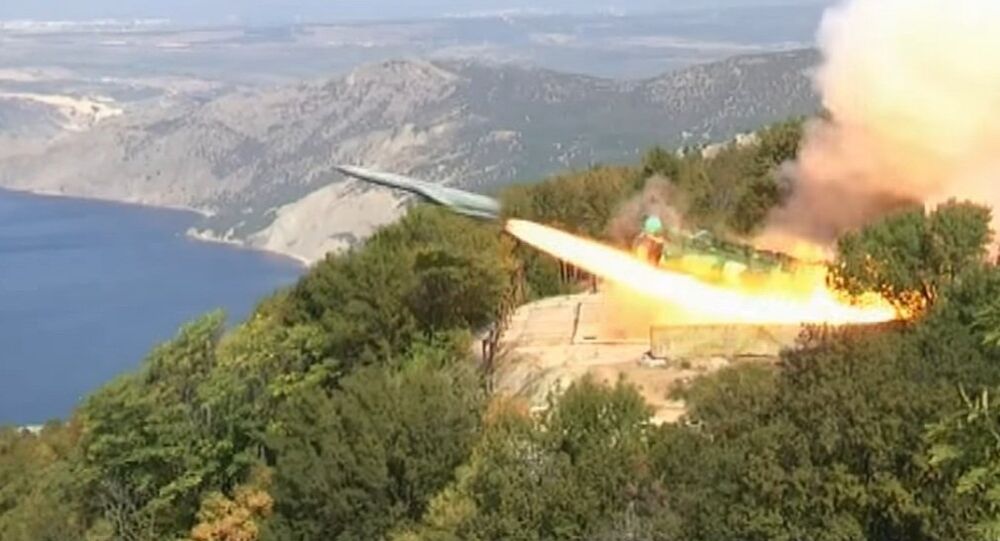 "It was agreed to set on duty the Utes coastal silo-based missile systems, located in Crimea. To confirm the operational readiness of the systems… the launches of P-35 cruise missiles were performed, and they were successful," the source said on Friday.

According to the source, there are currently two missile systems of the kind at the disposal of the Russian Black Sea fleet, each of them has two missile launch containers.

The Utes missile systems with P-35 (NATO reporting name SS-N-3a Shaddock) cruise missiles are capable of hitting targets at a distance of 300 kilometers (186 miles) The P-35s are equipped with 560-kilos high-explosive warheads, and the flight speed of the missiles exceeds 2,000 kilometers per hour.

Crimea to Increase Gas Supplies to Ukrainian Town of Henichesk