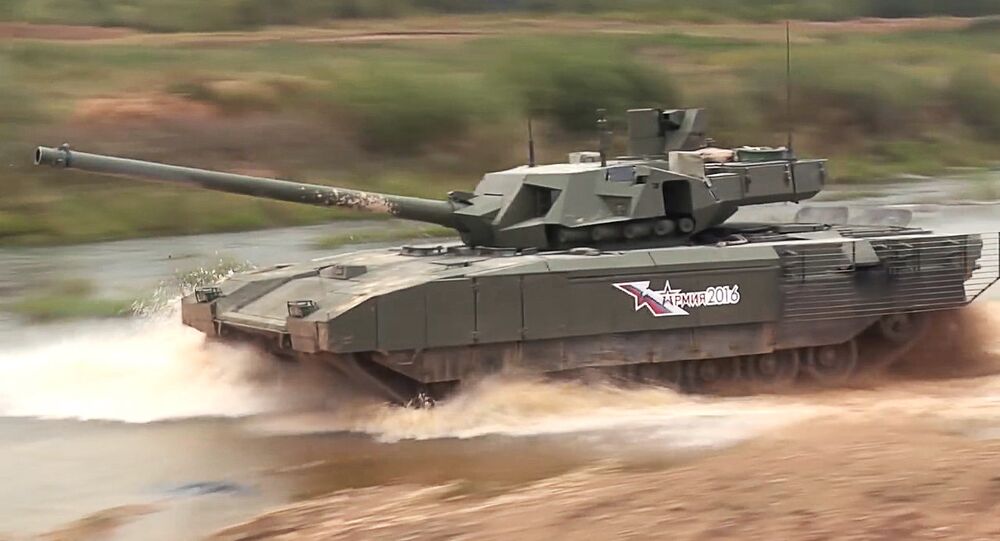 Russia’s advanced combat vehicles built on the Armata platform will be equipped with surveillance unmanned aerial vehicles (UAVs), which will be scanning the battlefield for dozens of miles around, helping to clarify the situation and guiding rounds to targets, local media reported Friday.

© Sputnik / Eugene Biyatov
No Analogue: Russia's Armata Tank Blasts Through West's Post-Soviet Expectations
MOSCOW (Sputnik) – According to the Izvestia newspaper, the UAV called Pterodactyl, developed by the Moscow Aviation Institute (MAI), will be connected to the vehicle through a trailing cable, and, as a result, it will be capable to operate as long as the vehicle is running. The drone, equipped with a radar and thermal scope, will have the flight range of up to 100 meters.

"We are currently carrying out research and development work, and we will hand over the device for tests to the Defense Ministry in a year," Vitaly Poliansky, a research associate at MAI's department of aviation robotic systems, told the media outlet.

The drone is expected to move with the same speed as the vehicle, and it will be capable of taking off from the hull of the machine. A tether management system will provide full data protection, according to the publication.