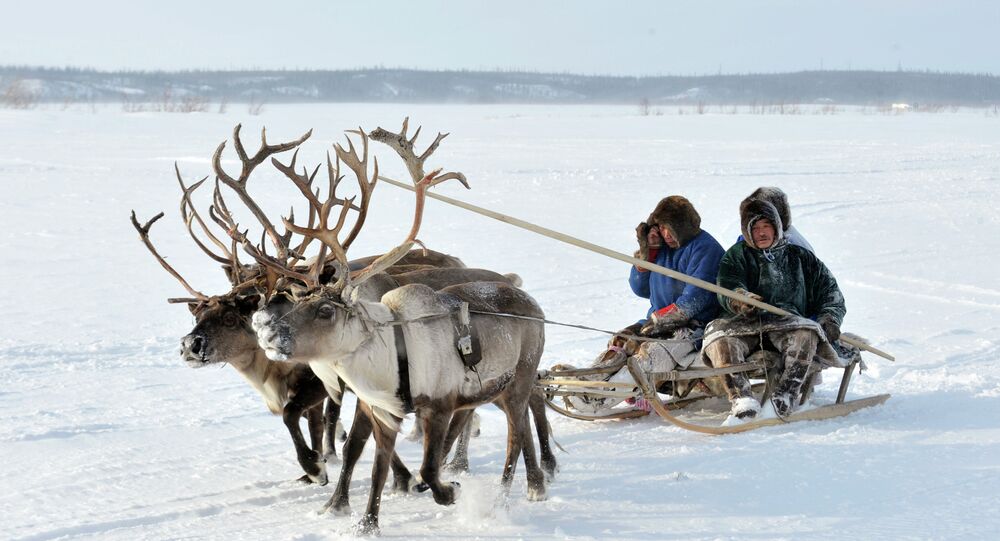 Tens of thousands of reindeer have died due to the effects of global warming as a result of human-influenced climate change in the polar regions of Russia between 2006-2013. If likely similar meteorological effects take place this year, Russia’s reindeer industry will face catastrophe.

© Sputnik / Mikhail Voskresenskiy
Russia's Arctic LNG Project Goes as Planned at $27 Bln Budget - Novatek CEO
Reindeer, Russia's cattle of the Arctic regions, have suffered terrible losses between 2006-2013, when thick ice covered snow due to effects of global warming. With over 80,000 animals killed during the period, a repeat could be a tragedy for the 270,000-animal population.

In the autumn of 2006 and 2013, sea ice began to melt instead of building up as it normally does at that time of the year, leading to a high level of water evaporation, forming large storm systems over the shore. Winds then moved the clouds south, where indigenous herders were moving their reindeer. Resulting rains covered the snow with a thick layer of ice that became unbreakable for the animals when temperatures plunged to —40 °C, according to Bruce Forbes at the University of Lapland in Rovaniemi, Finland.

"Reindeer are used to sporadic ice cover, and adult males can normally smash through ice around 2 centimeters thick," Forbes said. "But in 2006 and 2013, the ice was several tens of centimeters thick."

This year, the sea-ice cover was the second-lowest on record in the Arctic, and there is fear of another famine.

"If we see such events again this year, it could mean that they're becoming more frequent," Forbes stated. "Now is the risk window, and if it happens again, it will be a major problem for traditional reindeer herders still suffering from losses in 2013."

This year, a famine would be especially damaging as a massive cull has been scheduled to cope with an anthrax outbreak among reindeer. Anthrax, a bacterial infection that quickly spreads among animals, can be transmitted to humans. At least one child died recently and 90 people were hospitalized in the region due to the deadly disease, causing state authorities to order emergency culling and vaccination of reindeer herds.