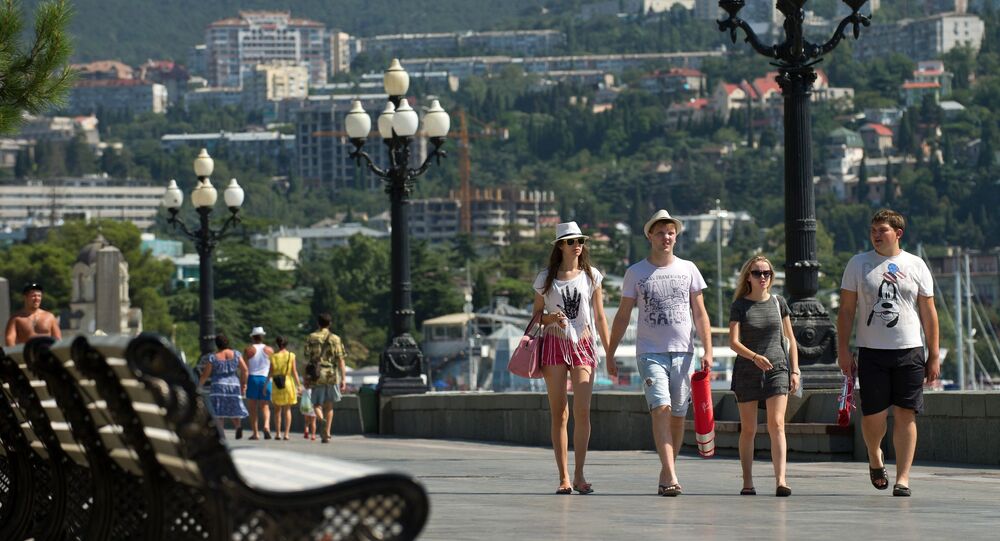 The Crimean head is ready to welcome international human rights observers on the peninsula.

SIMFEROPOL (Sputnik) — Crimea is open to international observers for them to provide credible information on the situation with human rights on the peninsula, but the final decision is to be made by president, head of the Republic of Crimea Sergei Aksenov said.

"There are no rights abuses based on ethnic origin in Crimea, that is why we have nothing to worry about … So, if anyone would like to come, obtain credible information, speak at the United Nations and tell what the situation is really like, then welcome," Aksenov told journalists.

The UN draft resolution on the human rights situation in Crimea, initiated by Ukraine, calls for international monitoring in the sphere of human rights on the peninsula and will be submitted for consideration by the UN General Assembly.

© Sputnik / Gennadiy Dianov
Poking the Russian Bear? More Ukrainian Saboteurs Caught in Crimea Plotting to Blow Up Military Bases
On Tuesday, the document was adopted by the Third Committee of the UN General Assembly on social, humanitarian and cultural issues. The draft resolution was approved by a vote of 73 in favor, to 23 against and 76 abstentions. Among those who supported the draft document is the majority of European countries, while Russia, China, India, Cuba, Armenia and some other countries voted against.

Since 2014, relations between Russia and the European Union have deteriorated amid the crisis in Ukraine. Brussels, Washington and their allies have introduced several rounds of anti-Russia sanctions since Crimea became part of Russia in 2014 and over Moscow's alleged involvement in the conflict between independence supporters in Donbass and Kiev. Russia has repeatedly refuted the allegations, warning that the Western sanctions are counterproductive and undermine global stability.