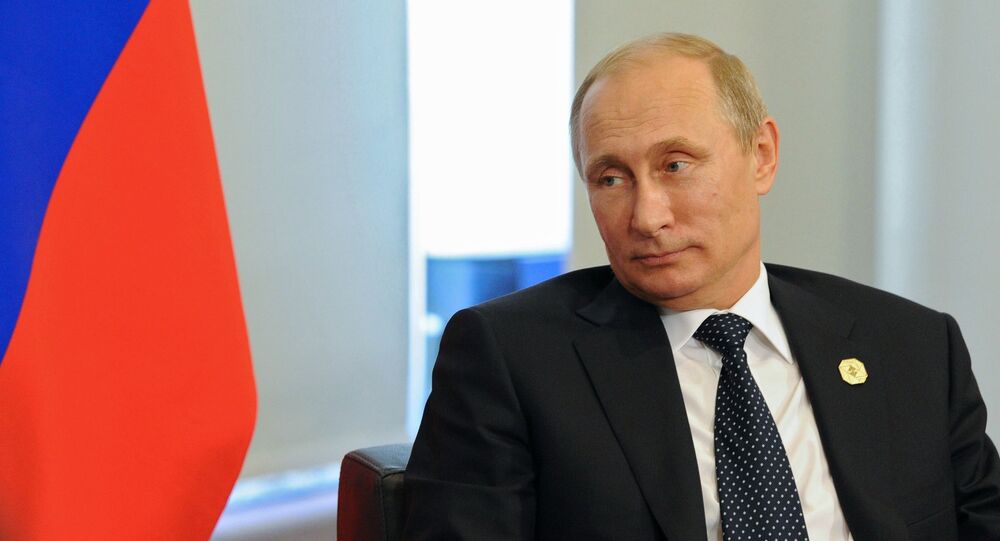 There is far too much discourse-mongering and speculation by western observers when discussing the intricacies of Russian geopolitics, according to one of the UK's foremost Russian studies and Kremlinology experts, Dr. Andrew Monaghan.

Dr. Andrew Monaghan, speaking at an event in London on Monday, November 14, discussed some of the themes from his published book entitled, "The New Politics of Russia: Interpreting Change."

"To truly understand Russia, we must encourage everyone to not only grasp its complex history, but we must also stop interpreting Russian geopolitical actions of both the past and present from just a western perspective," Dr. Monaghan told the conference in London.

AM: 'The West aren't dealing with Russia — they are dealing with an abstract idea of what they want Russia to be' #HJSevents

Even when discussing Russian affairs with fellow experts and contemporaries, the academic emphasized that he has often found that a key challenge exists in the shifting of perspectives.

"This is very much why western observers and policy-makers adopt a strong sense of surprise at Russian actions on the world stage, because they are looking at everything from a biased, western perspective alone. It is also a significant reason that has caused disagreements to grow between the West and Russia."

AM: 'The West wrongly uses a mirror image analogy: we wouldn't go to war over this so nor will Russia' #HJSevents

Dr. Monaghan spoke about a tense partnership that has still managed to work on many levels over the last two decades with Russia and western countries, in particularly in areas such as previously with NATO and also increased co-operation between international intelligence services.

"Western countries have common interests with Russia, but these are not necessarily shared interests," he told the audience.

He cited the global economy and the importance of dealing with international terrorism as some of the key interests, however there were significantly opposing differences in the causes and solutions to complex geopolitical problems.

The Ukraine and Syria situations for example, according to Dr. Monaghan, have very much managed to further compound the systemic dissonance towards Russia that is prevalent.

"Misunderstandings are also not surprising considering the clear cultural and historical differences that Russia has with the wider world, and this could be one of the many reasons why so often, different conclusions are drawn by many observers looking at the same geopolitical events from history," he said.

According to Dr. Monaghan, what we are also seeing now is very much a new era emerging for Russia — an era of democratization, as well as an increased understanding by its leaders of the competitive dynamics with the wider world.

AM: 'our automatic and entrenched approach to Russia needs to change, else we will continue to be surprised and continue to get it wrong'

In terms of domestic matters, Dr. Monaghan feels that managing its socio-economic matters must be the primary focus in Russia.

"I cannot say that everything is currently okay in Russia. People often speak to me about areas such as corruption being so rife and the many issues relating to authoritarianism that have been a long-standing issue affecting transitions towards real democracy.

© Sputnik / Sergey Guneev
Trump, Europe and Russia: 'More EU States Likely to Try to Ease Sanctions'
"These are challenges that the government is addressing and trying to make considerable effort towards as it is in their interest to prevent any form of civil protests as have been seen previously," he said in response to a question from an audience member.

When asked about his thoughts on the new US President-elect Donald Trump and the likely change in dynamics between Russia-US relations, as well as the concerns conveyed by wider country leaders, including Theresa May in the UK, Dr. Monaghan said:

"I am not so optimistic in the immediate short-term, because it must be said that Trump alone cannot change relations between Washington and Moscow. I do hope he is able to correct some of the mistakes made by Obama and maybe there will be some changes in dynamics. Much work will be required to improve international relationships," Dr. Monaghan told Sputnik.

He also pointed out some inaccuracies when it came to the mainstream media conveying that Russian people all wanted Donald Trump to win in the Presidential campaign:

"Russian media were not all eager about Trump winning. They certainly did not like Hillary Clinton because of the stance she has previously taken towards Russia, but at least with a Clinton win it would have been a case of better the devil you know," Dr. Monaghan told Sputnik.

"There are some excellent media outlets out there who are well-informed on Russian studies, but then there also others who dish out much rubbish on complex issues they clearly know very little about," he added.

Dr. Monaghan provided some concluding advice for all:

"It's easier for many to take a personalized sense of what is often referred to as 'Putin's Russia' but my advice is always to delve into increasing your understanding about both the past and the present, and broaden your horizons about the future. This is very important."