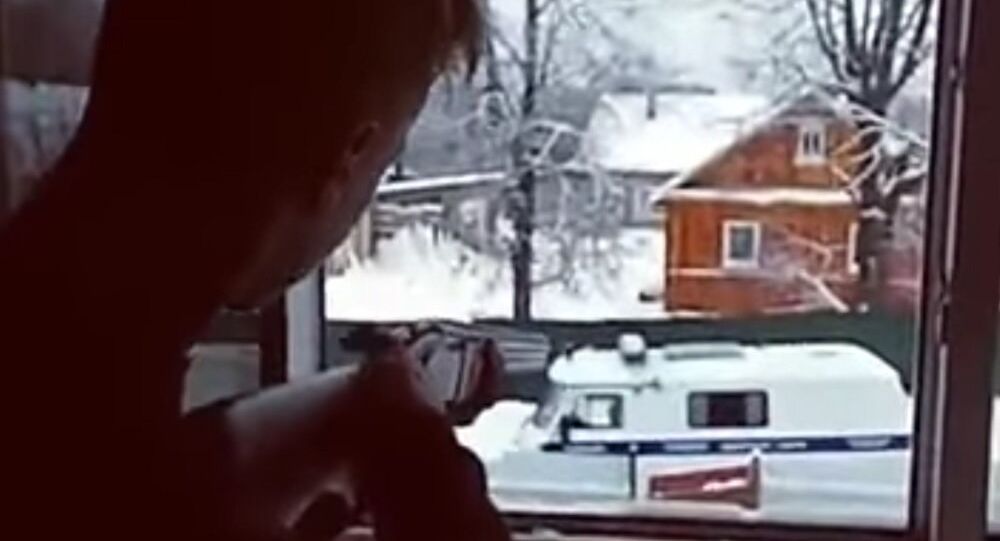 In a story reminiscent of 'Bonnie and Clyde' or 'Romeo and Juliet', two 15-year old high school students in the Russian city of Pskov barricaded themselves in a house armed with handguns and rifles. The tragic story came to an end after the teens fired at responding police units, then took their own lives, saying they had 'zero other options'.

On Monday, police units in the Russian city of Pskov responded to a call of shots fired at a residential property. Immidiately after arriving at the scene, officers were forced to run for cover, as the two teens barricaded inside opened fire.

Negotiations lasted for hours. Police finally managed to convince the teens to surrender their rifles, but it wasn't enough: after breaching the building, officers found 15-year old Denis and Katya dead. Preliminary reports are calling it a murder-suicide.

The standoff, which lasted for hours, was documented by the teens on their social media accounts: both posted photos on Instagram and even had a live Periscope feed of them taking shots at police officers arriving outside their building.

Katya and Denis allegedly had an argument with her mother and grandmother, which ended with Denis 'accidentally shooting' Katya's mother in the hip. They then barricaded themselves in with weapons, ammunition and two-way radios, photos of which they shared on Instagram. Police were called to the scene immediately after.

It's unclear at this time whether the two teens planned to take their own lives all along, but some support to this theory is lent by Denis' last post on VKontakte, a Russian social media platform.

Early on Monday he wrote 'I loved you all. But you screwed up my psyche and my life, and you didn't even notice. Goodbye to all — my friends, my acquaintances, my family. Don't worry, I'm going out in style."

Some media reports suggest the teens, who had been dating for a little over 6 months, had trouble with authority figures and had allegedly run away a number of times prior to this fateful Monday. During their Periscope livestream, however, Katya can be heard saying "we have zero options"and Denis saying "if we don't surrender, we die. But if we surrender, we will never see each other again."

However, at the end of the video stream, the two teens both claim they have surrendered all their weapons, and have come to realise that suicide is not an option.

Police are working with the victims' families, trying to understand what led these two young people to make such tragic decisions.