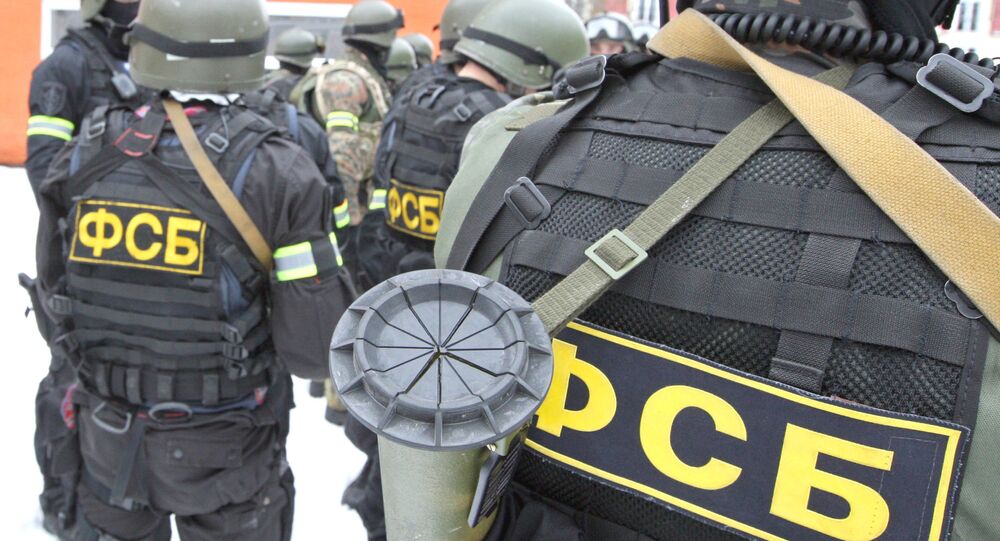 © Sputnik / Andrey Stenin
Security Forces Detain Daesh Recruiter in Northwest Russia - FSB
According to the FSB, the terrorist group consists of 10 nationals of Central Asian states. They testified about links with Daesh commanders in the Middle East, aims and accomplices in Russia and other countries.

"The Federal Security Service with the support of the Russian Interior Ministry and in cooperation with foreign partners in Tajikistan and Kyrgyzstan stopped the activity of an inter-regional terrorist group consisting of nationals of the Central Asian region, planning to commit a series of high-profile terrorist attacks in Moscow St. Petersburg using automatic weapons and home-made high-capacity explosive devices."

According to the FSB, four self-made bombs stuffed with shrapnel, firearms, ammunition and communications equipment were seized from the detained militants.