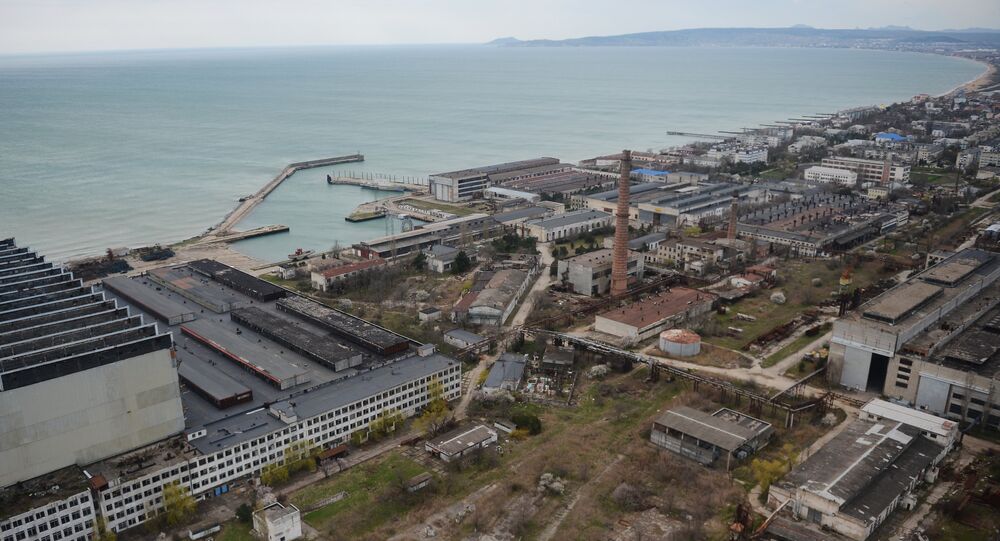 During the course of a recent visit to Crimea, representatives from four major German shipbuilding companies expressed an interest in doing business with Crimean shipyards. In spite of the sanctions, the German firms are prepared to supply their Crimean counterparts with diesel fuel separators, engines, deck winches and refrigeration equipment.

The German delegation, which arrived in Crimea with the aim of establishing business contacts and becoming acquainted with local shipyards, came to the peninsula after a Crimean delegation visited the SMM-2016 international maritime trade fair in Hamburg in September.

The Germans have confirmed that they are ready to cooperate with Crimea's More, Sudokomposit, Zaliv, and Sevmorzavod shipbuilding plants, which they toured during the visit.

"They really impressed us," said Heinrich Veveler, a member of the board of directors of GEA Westfalia Group GmbH. "Crimeans can be proud of what they have achieved in two-and-a-half years. These are impressive results. We learned about their plans to build coastal passenger ships and fishing vessels, and have been convinced that the enterprises of Crimea and Germany can work together to implement these plans."

© Sputnik / Kirill Kallinikov
What Isolation? EU Countries Keep Intense 'Backstage' Contacts With Russia Despite Sanctions
"As a result of our trip, we would like to reiterate that we are ready to sign cooperation agreements and contracts between German and Crimean enterprises, which will become the foundation in implementing any joint projects," Veveler explained.

For his part, Hans-Jurgen Vogt, director of the innovative technology holding company Technolog, explained that the delegation came to the peninsula "to identify opportunities for collaboration."

"We did not stop to think about sanctions and prohibitions. We saw that you have very strong companies with great potential. They are fully capable of achieving their goal of creating a passenger and fishing fleet. It would be a great honor for us to be able to assist them with our many years of experience, knowledge of advanced technology, as well as supply of equipment."

Vogt noted that "we would like it if we were seen not only as the suppliers of equipment, but as partners who wish Crimea success."

Crimean Minister of Industrial Policy Andrei Vasyuta stressed that the continued development of the Crimean shipbuilding industry will have a direct impact on the economic state of the peninsula as a whole. The minister noted that while sanctions have complicated the work of the shipbuilders, they have also "served as a stimulus for import substitution and the development of domestic production. But we are focused on import substitution in those areas where it will bring an economic effect – we don't plan to substitute absolutely everything."

"There is a whole series of things we can buy from Germany, because we still have to buy them abroad," Vasyuta added. "In addition, we discussed the issue of converting civilian vessels from the coastal fleet to gas propulsion systems, which is important to Crimea from an environmental standpoint."

© Sputnik / Vladimir Trefilov
Steady as She Goes: World Bank Improves Forecast for Russian Economic Growth
Specific agreements on cooperation are expected to be signed as soon as early next year. Although their visit was meant only as a fact-finding mission, the two sides also ended up holding preliminary talks on implementing new projects, potentially including the creation of a parts factory in Crimea.  Vasyuta explained that this was important, since at the moment, only 15% of the peninsula's shipbuilding components are produced domestically, with the rest imported from the Russian mainland.

"We have plans to double the localization of production, bringing it up to 30%," the minister said. "This will create new jobs and attract investment. Furthermore, Crimean enterprises will receive additional orders from Russian shipyards."

Crimea's industrial output has jumped dramatically since it rejoined Russia following the March 2014 referendum. According to Industry Ministry prognoses, production is expected to grow 20-25% in 2016 compared to 2015.