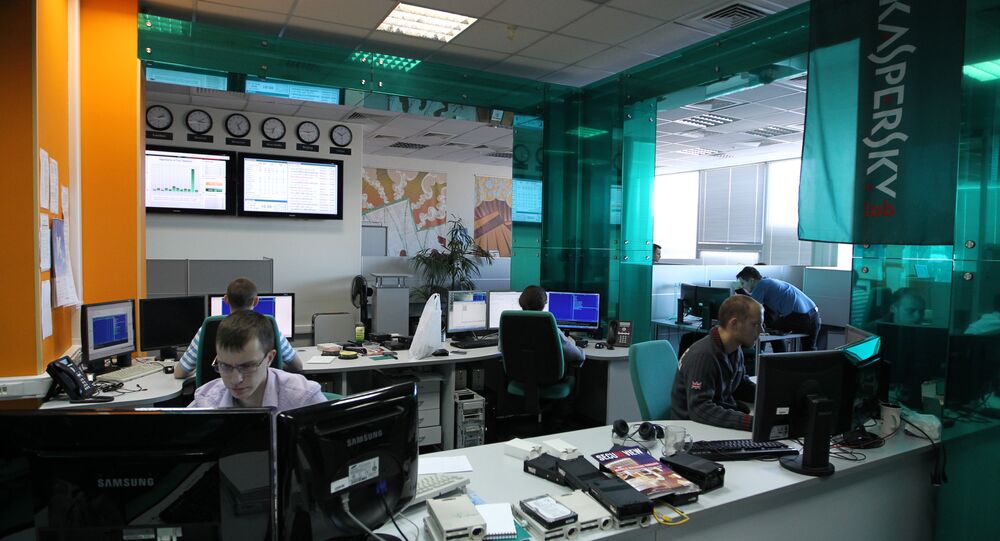 On Wednesday, a source close to the Bank of Russia told RIA Novosti that at least five large Russian banks had been targeted by moderate-intensity cyberattacks since November 8. The information was confirmed on Thursday by Kaspersky Lab.

"In the same period of time [since November 8] we observe an increased background [of hacker attacks] on the resources of state bodies. As for the other sectors, the situation is normal," Kiselev said.

© Sputnik / Vitaliy Belousov
Cyberattacks Target Five Large Russian Banks
He added that despite the fact that about 10 percent of the devices that participated in the wide-scale botnet attack were situated in the United States, the fact had nothing to do with recent media reports on the possible threat of a Washington-organized cyberattack.

"The fact that [part of the] devices involved in the botnet [attack] were located on the territory of the United States does not mean that the attackers were in the United States. Cybercriminals can be anywhere, modern techniques used by malicious users to launch cyberattacks allow doing it from anywhere the world," Kiselev said.

On Friday, NBC reported that US military hackers had penetrated Russia's electric grid, telecommunications networks and the Kremlin's command systems, making them vulnerable to attacks by secret US cyberweapons.