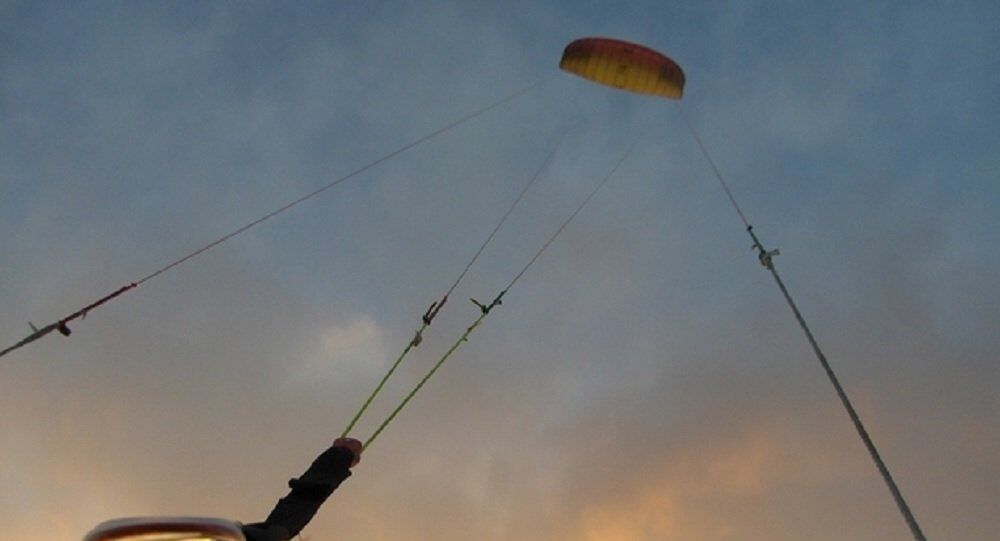 Russia Unveils Intelligence Kite That Can Do It All

The United Instrument Corporation has unveiled a whole lineup of kites capable of monitoring the situation on the ground and retransmitting radio and video signals, the UIC’s press service announced.

The new-generation kites are designed for use under extreme conditions on the ground, in the mountains and on the sea.

“This is essentially a big kite, which can float several kilometers up in the sky and perform a number of tasks. For example, it is ideal for retransmitting signals for naval ships and ground-based units. It can also be used to haul cargoes over mountains, across rivers and ravines and perform video, weather, radiation and other monitoring,” a UIC representative told RIA Novosti.

“What makes it different from an air balloon is that it is resistant to strong winds,” he added.

© Photo : Youtube/Sputnik
Drone Racing Russian Style: Casing Trains and Flying With Birds
To take off, the kite is filled with helium and then it catches air currents that keep it aloft.

The kites can vary in their airlift and size (between 30 square meters and 250 square meters) depending on what needs to be done.

The kites are strong enough to fly in stormy weather when other aircraft have to remain grounded. For transporting small cargoes special gear is installed under the “sail” to steer it in the right direction.

“The idea of a kite is not new, but a lack of suitable materials had held up its creation. The sail must be strong enough not to be torn by strong winds and we also had in mind the need to prevent the loss of expensive onboard gear. We managed to solve this by creating super-strong materials that can handle strong winds, bullet holes and cuts,” the UIC’s representative said.