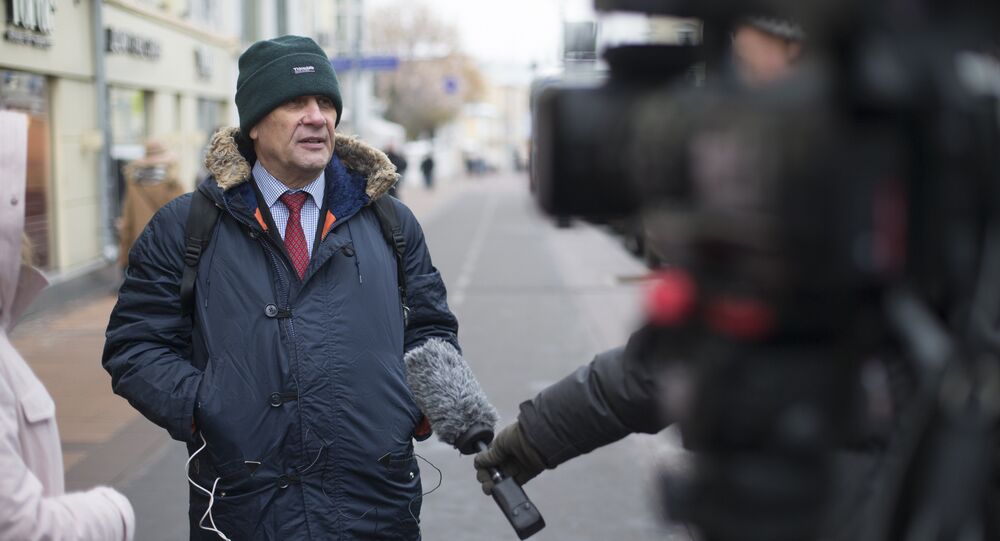 The Moscow office of Amnesty International said earlier in the day that at around 10:00 local time [07:00 GMT] the employees found their place of work sealed off by municipal authorities. According to a statement published on its website, the locks had been changed by that time.

"We do not know what prompted Moscow authorities to prevent our staff from accessing our offices – an unwelcome surprise for which we received no warning… Given the current climate for civil society work in Russia, there are clearly any number of plausible explanations, but it’s too early to draw any conclusions. We are working to resolve the situation as swiftly as possible and very much hope there is a simple administrative explanation for this setback to our work," Dalhuisen said in a statement.

© Flickr / Celeste Damiani
Amnesty International Confirms Moscow Office Sealing by Municipal Authorities
According to the rights group, a note belonging to the City Property Department of Moscow and saying "the object is the property of the subject of the Russian Federation" has been put on the front door.

Head of the Amnesty International office in Moscow Sergei Nikitin said that the employees had failed to contact the Department using the phone number from the authorities' note.

The City Property Department of Moscow said later in the day that the organization had infringed the terms of payment for the office's rent and an official appeal needs to be sent to the department within two weeks.