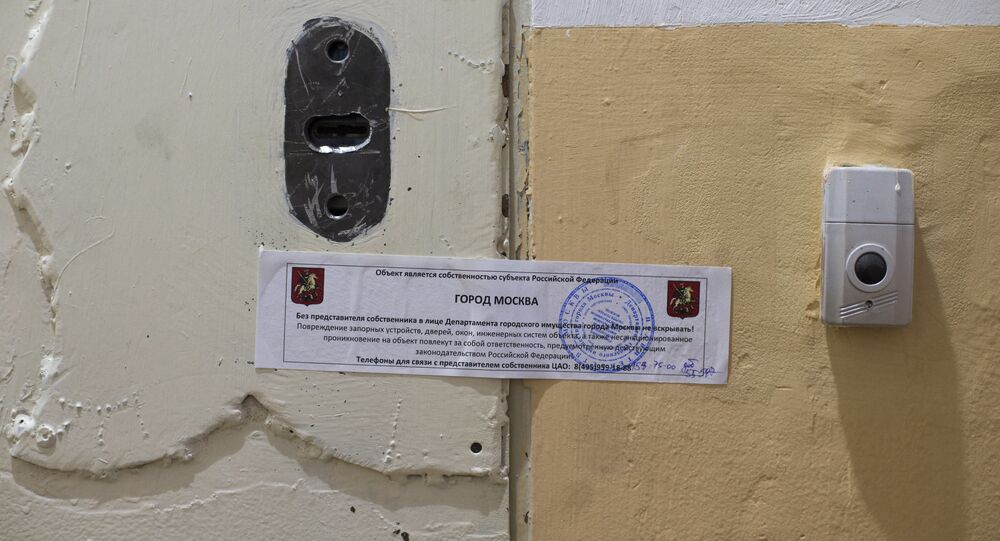 The Amnesty International needs to send an official appeal to the City Property Department of Moscow within two weeks to remove its property, according to official statement.

© Flickr / Celeste Damiani
Amnesty International Confirms Moscow Office Sealing by Municipal Authorities
MOSCOW (Sputnik) – Moscow's City Property Department changed the locks at the Moscow office of Amnesty International rights group as the organization infringed the terms of the rental contract, failing to pay for the property in time, the Department said in a statement said Wednesday.

"Due to the substantive violations of the rental payment condition, a notification calling to pay off the arrears within a month was sent to the organization. Besides, the company was informed that, otherwise, the contract would be regarded as canceled in three months' time. The claim was ignored by the careless tenants," the statement said.

The statement added that the room housing Amnesty International’s office is now free from treaty relations, thus, any third parties’ presence there would be illegal.

© AFP 2021 / BULENT KILIC
Russian MoD Calls on Amnesty Int’l to Investigate Turkey’s Cross-Border Shelling
According to the statement, the rights group needs to send an official appeal to the City Property Department of Moscow within two weeks to remove its property.

Earlier in the day, the employees of the international organization reportedly find out that their office was sealed off at around 10 a.m. local time (07:00 GMT).

According to Amnesty International, a note belonging to the City Property Department of Moscow and saying "the object is the property of the subject of the Russian Federation" has been put on the front door.

Amnesty International is a global human rights advocacy group with its central office located in London and representation offices all around the world.