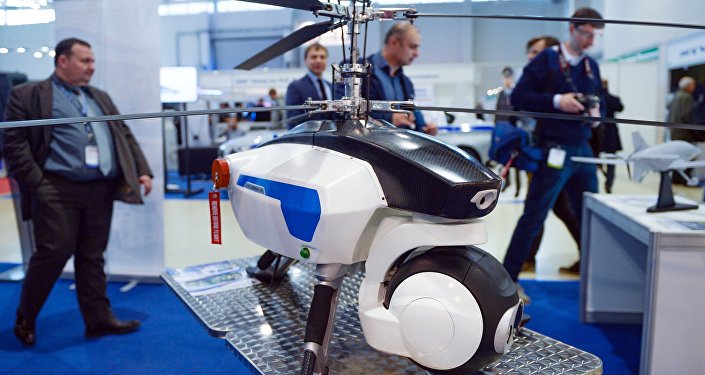 © Sputnik / Vladimir Astapkovich
Prototype of 21-Ounce Spy Drone Built in Russia
A weapon that can effectively destroy swarms of mini-drones has been created by specialists from Russia's United Instrument Manufacturing Corporation (UIMC), a holding within the State Corporation Rostec, according to Leonid Khozin, head of UIMC's press service.

He said that instead of obliterating a mini-drone with the help of a missile or a shell, the new weapon damages the mini-drone's onboard radio electronic systems, turning the UAV into a "useless piece of dead iron and plastic."

"These low-cost technologies, which have already been tested successfully, can effectively fight the mini-drones. There is no need to spend money on bullets, shells or missiles, and a 'shot' of such a weapon costs, in fact, nothing," Khozin said.

Small arms and air defense systems are powerless when fighting mini-drones, he added, referring to the new technologies, which he said affects the nature of war and fighting tactics significantly onboard.

"Traditional types of weapons are losing their effectiveness when it comes, for example, to repulsing an attack by swarms of robotic systems containing dozens or even hundreds of drones at a time," according to Khozin.

He said that trying to shoot down the mini-drones with the help of anti-aircraft missiles is like cracking a nut with a steam hammer, even if one doesn't consider the cost of the process.

What's more, Khozin went on to say, using traditional air defense systems is impossible when the mini-drones fly over the woods or the city because the protection of mass events comes to the fore.

"To combat such attacks, we need an absolutely different weapon which will have a considerably damaging effect and which will be used, for example, in the city without endangering the lives of civilians," he concluded. 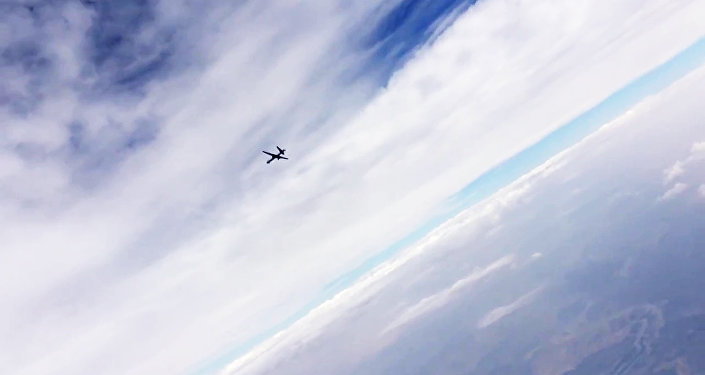 © Photo : Ministry of Defence of the Russian Federation
Researchers at Russia's Samara University Working on High-Altitude Drone
Earlier, it was reported that the Pentagon had been testing "swarms of low-cost surveillance and attack drones engineered to jam enemy air defenses," according to the website defensesystems.com.

It quoted William Roper, head of the Pentagon's Strategic Capabilities Office, as saying that the Perdix drones were launched from F-16 and the F-18 fighter jets and that they fly low as a surveillance asset.

Claiming that the enemy will allegedly have "to take more time and money to defend" against the drones, Roper remained tight-lipped about particular sensor technology used by Perdix.

Russia Catching Up on Rivals in Military Drone Manufacturing