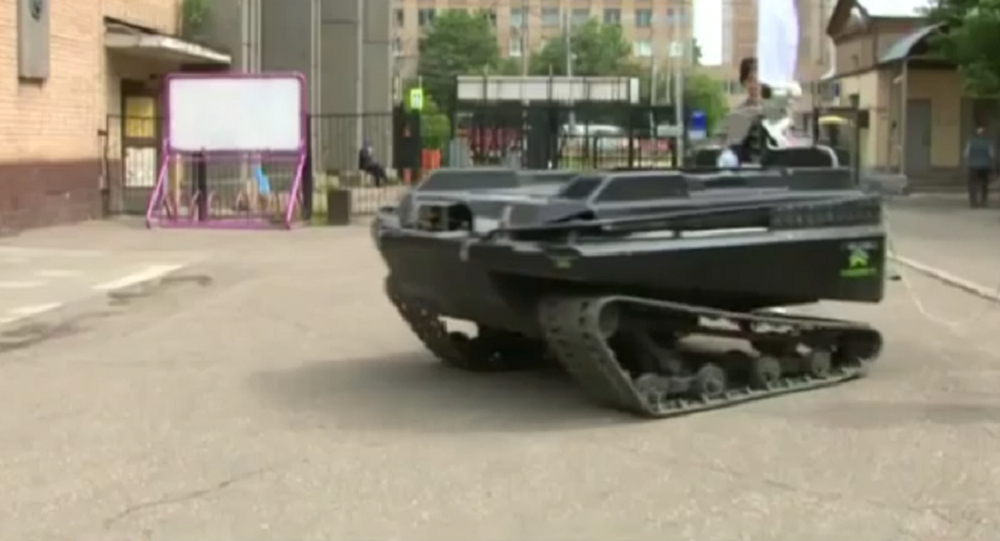 Russian army teams dealing with the consequences of natural and man-made disasters will soon be receive some help from unique caterpillar robots capable of hauling hundreds of kilos of rescue gear at up to 25 km an hour and scaling 1.5 m vertical walls, Izvestia reported.

The MRP-300 robotic platform, jointly developed by the Defense Ministry’s Main Robotics Research and Test Center and the scientific-research center ROKAD, features three pairs of flexibly conjoined wheels enabling it to move in a wave-pattern just as caterpillars do.

“The MRP-300 platform is currently undergoing factory production to run until the end of this year,” a Defense Ministry official told the newspaper. He added that the new robot was already being considered for use by rescue units, chemical and radiobiological defense forces and army engineers.

© Sputnik / Vasiliy Raksha
Move Over, Terminator: Russia Rolls Out Vikhr Combat Robot (PHOTOS)
The MRP-300 will also be supplied with a pair of mechanical arms to collect samples of contaminated soil for analysis, clear up rubble, fix damaged constructions and defuse mines.

The 2-meter-long robot will also have onboard gas and radiation analyzers, as well as video cameras.

The MRP-300 can move on wheels and also in a step-by-step caterpillar pattern which allows it to overcome sand and deep snow and move through swamps.

He added that unlike its foreign counterparts, the MRP-300 can haul hundreds of kilograms of cargoes and negotiate piles of rubble three times as high.