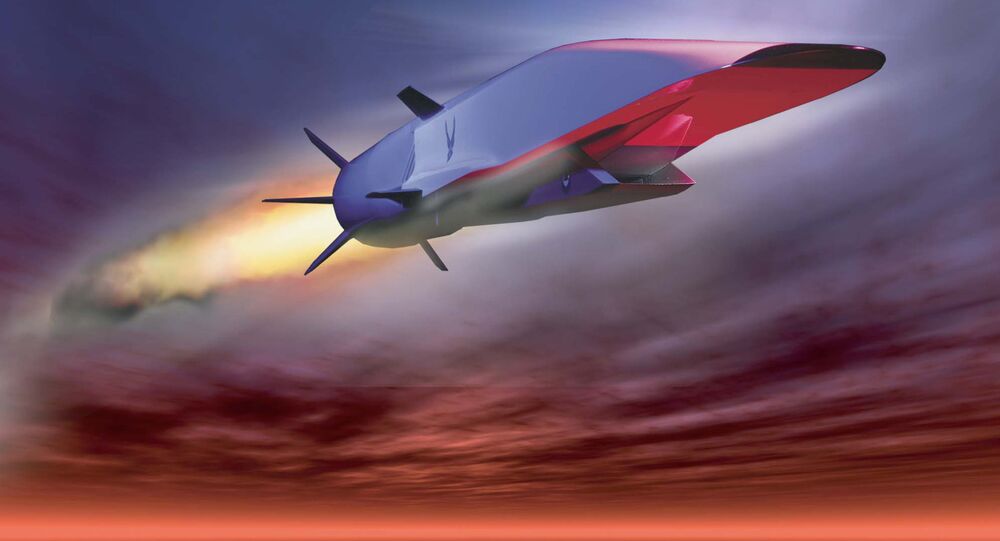 Hypersonic missiles can speed up to around 5 kilometers a second (Mach 15) in the upper layers of the atmosphere not only when sitting on top of intercontinental ballistic missiles, but also when launched from strategic bombers, Arsenal of the Motherland editor-in-chief Viktor Murakhovsky told RIA Novosti.

© Sputnik / Sergey Mamontov
Russia Among Industry Leaders Researching Materials for Hypersonic Flight
According to Thursday’s media reports, a hypersonic missile capable of flying at a maximum 7 kilometers a second was successfully tested in Kamchatka in the Russian Far East.

Accelerated by an ICBM booster rocket, the new missile is able to generate maximum speed only in the upper layers of the atmosphere.

“The missile is launched by an ICBM booster, but launches from supersonic strategic bombers are not ruled out either,” Murakhovsky said.

He added that after being taken to the designated launch area by a supersonic strategic bomber, the new missile would be able to travel at hypersonic speeds on the strength of its onboard engines.

“This apparatus will certainly rely on its own propulsion and work on such engines is now ongoing. ‘Detonation burn’ is the kind of process that allows it to reach such speeds,” Viktor Murakhovsky explained.